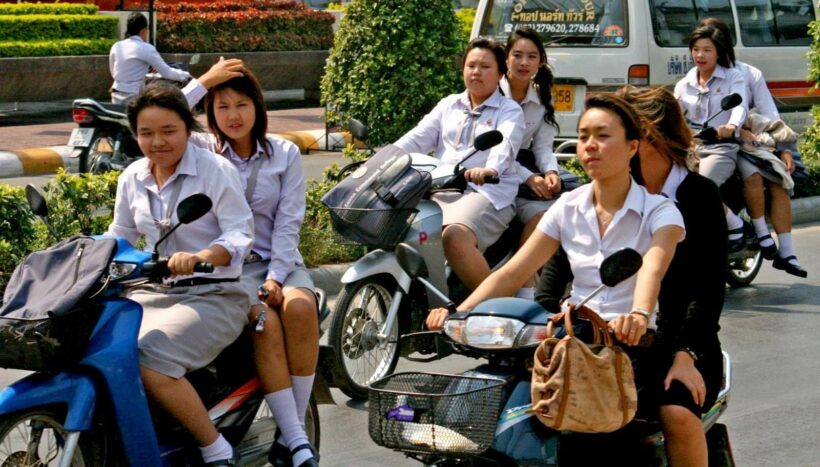 In efforts to temper the world’s number one road toll, a specially-formed Thai committee are poised to recommend a series of new measures to curb, specifically, motorcycle deaths by up to 50% per year.

Some of these include raising fines for not having a license by as much as 1000%, introducing more bike lanes and targeting accident black spots.

Daily News is reporting that the death toll from motorbike accidents in 2017 was 8,900 people.

A committee was formed to investigate causes and remedies and is now ready to recommend measures to the government to slash this by half. The measures could be in place as early as this year’s New Year celebration.

Members of the committee examined riders, vehicles, roads, environmental conditions and laws. They are keen to promote better riding skills, make sure motorcyclists follow road rules and create better awareness of the responsibilities in riding motorcycles.

There are 21 million motorcycles on the roads but only 13 million people have licenses. They target is to make sure everyone has a license and is appropriately trained before they take to the roads. They are especially targeting 15 year olds who can legally ride to school. They often don’t know they can get a license and can get proper training.

Many roads will be getting bike lanes with wider areas reserved for motorcyclists so that there is greater safety on the roads.

Sarawuth Songsiwilai says that authorities had been too soft on bikers. He hopes that the government ministry will approve plans to fine motorcyclists who have no license 5,000 baht up from the present 500 baht. He believes better training and better awareness will help meet the target of 4,500 road deaths through the period of the next ten years.

The government will be considering the proposals through September and October.