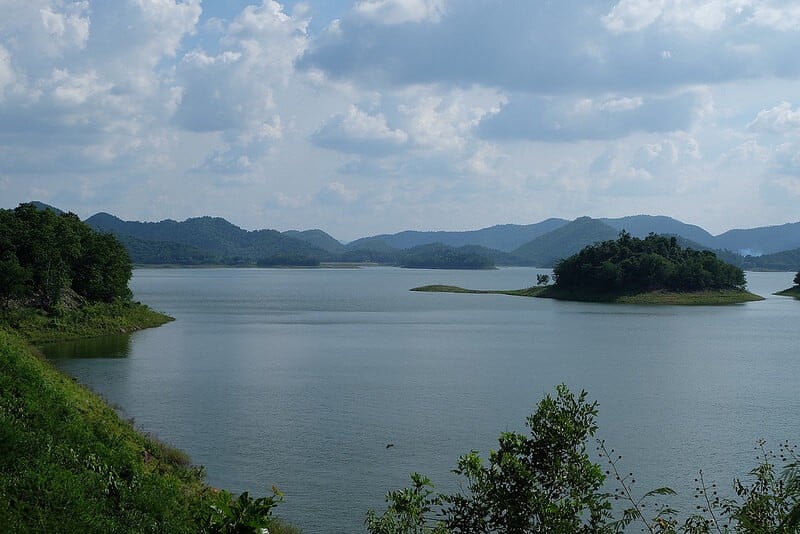 Heavy rains have battered Thailand’s west, north and north-east over past weeks, causing dams to fill early in the annual wet season, threatening overflows and floods to downstream areas.

The Thai Meteorological Department says that from today until August 9… “a monsoonal trough will lie across the upper North and the upper Northeast while the southwest monsoon will strengthen across the Andaman Sea and the Gulf of Thailand. Outbreaks of more rain, as well as isolated heavy downpour, will be expected.”

Heavy rainfall has hit Phetchaburi and nearby border provinces over recent days causing huge amounts of water to flow into the dam. The dam was reported to be at 97% capacity as of Saturday evening with water starting to flow into the spillways, threatening downstream villages.

“All ships should proceed with caution, and small boats stay ashore. People along the coast of the western South and the East should beware strong winds.”

The forecast says that scattered to fairly widespread thundershowers with isolated heavy rain will persist until August 10. From Phuket northwards, there will be south-westerly winds between 20-45 km/hr, waves 2-4 metres and above 4 metres in thundershowers areas.