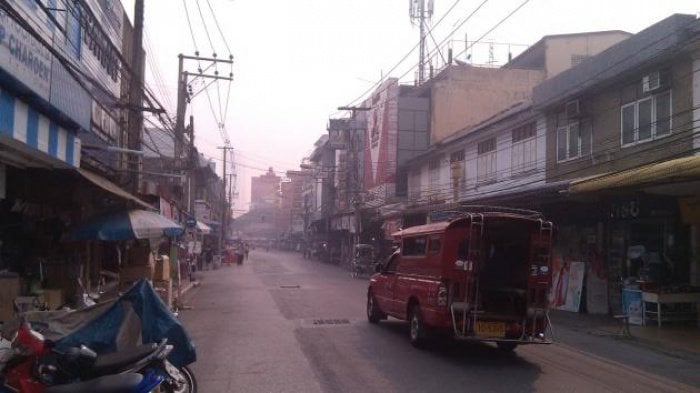 Air traffic at Mae Hong Son Airport has come to a halt for five consecutive days because visibility is below 1,000 meters due to the dense smog, Mae Hong Son governor Suraphon Manusampon said yesterday, adding that the airport would reopen once the situation gets better.

The visibility issue at Chiang Mai Airport improved slightly to about 2,000 meters yesterday so air traffic was not affected, airport deputy director Kittiya Kontong said. On Monday, five flights had to be diverted and 175 flights delayed due to poor visibility.

The airport will be monitoring the situation closely so they can facilitate passengers, he said.

“If the visibility on the runway is less than 800 meters, the decision to land is in the hands of the pilot,” he said.

As the haze worsens, many locals have reported they suffer from nose and eye irritation, while the authorities have been trying to ease problems by spraying water in the air and banning all kinds of outdoor fires.

Citing government concern over the haze, PM’s Office Minister ML Panadda Diskul yesterday instructed local officials to find solutions to the problem and called on people to not burn anything outdoors.

Up to six people have been arrested for violating the outdoor burning ban in Chiang Mai’s Hot, Mae Chaem, Om Koi, Mae On and Chiang Dao districts.

Some 658 wild fires have reportedly damaged 5,694 rai of forestland this month and created 957 hot spots so far.

Immigration police round up foreign fugitives

We will try to cut use of military courts: Prayut