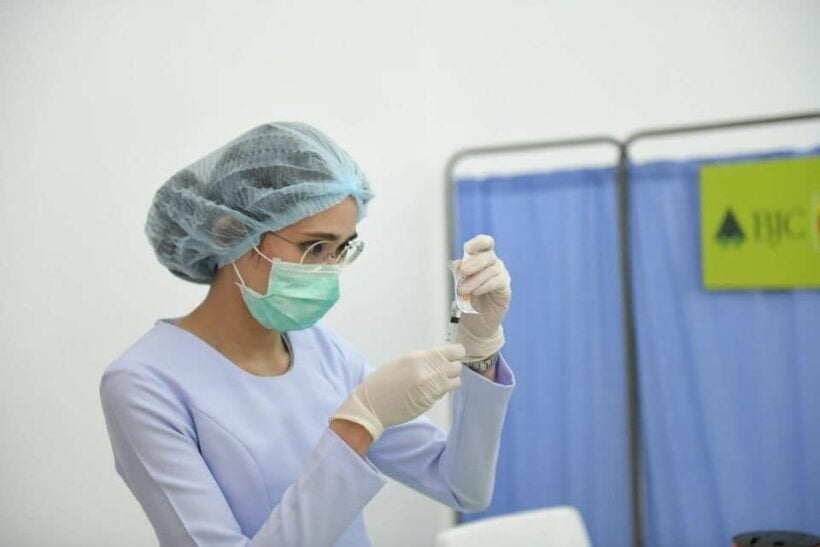 The Thai government is being urged to get mRNA vaccines in preference to the CoronaVac vaccines from Sinovac in China.

The Infectious Disease Association of Thailand points to reported efficacy concerns of the Sinovac vaccine, especially toward new variants like the Delta one.

Today, the IDAT sent a letter to Thailand’s PM, Prayut Chan-o-cha. They stated that Sinovac is a “whole virus vaccine” and thus may possibly not be effective at combatting the Delta strain or other, newer variants. They say there is a dearth of formal research into this vaccine. Further, they say previous assessments were performed when the Alpha variant was dominant.

Currently, Sinovac’s CoronaVac has been the most used vaccine. Thailand is now waiting for more doses of AstraZeneca – from sources in Japan and from the local manufacturer.

Thus, the IDAT is asking the government to obtain more mRNA vaccines, including Pfizer-BioNTech and Moderna ASAP for this year and the next as these vaccines have been shown to have higher efficacities.

The association is also anxious that more Sinovac vaccines are being produced in 2021-2022. They say it will compose over half of the intended 50 million doses to be obtained next years. They add that the quicker the mRNA vaccines are obtained the faster Thailand will be able to curb the pandemic.

At the moment, Thailand has ordered 20 million doses of Pfizer. They are expected to arrive in the final quarter of this year. Private hospitals are ordering millions of doses of Moderna via the Government Pharmaceutical Organization. They expect deliveries to start coming in “around” October.

Leo
1 minute ago, Leo said: So you are admitting that your source (VAERS) is basically unverified adverse reactions, i.e. data that has not been confirmed by any doctors or hospitals. Data from vaccine reporting site being misrepresented online   "Data…

BlueSphinx
3 minutes ago, Leo said: So you are admitting that your source (VAERS) is basically unverified adverse reactions, i.e. data that has not been confirmed by any doctors or hospitals. Data from vaccine reporting site being misrepresented online Don't know…

JamesE
1 hour ago, BlueSphinx said: Did you try searching the official VAERS website for specific covid-vaccines?  I did, and its extremely complex to extract the actual data you are looking for from the database. Yes, you just download an Excel…

Poolie
3 hours ago, Blogosopher said: People apparently aren't privy to the story of 110 vials of the  Sinovac vaccine having been found with a mysterious gel compound in them...in Thailand. It's in international news. Just as on the BP comment…

BlueSphinx
39 minutes ago, JamesE said: Yes, you just download an Excel file and run stats on it to your heart's content. The OpenVAERS site has two problems: First on the very page that you posted they state: "It is a…