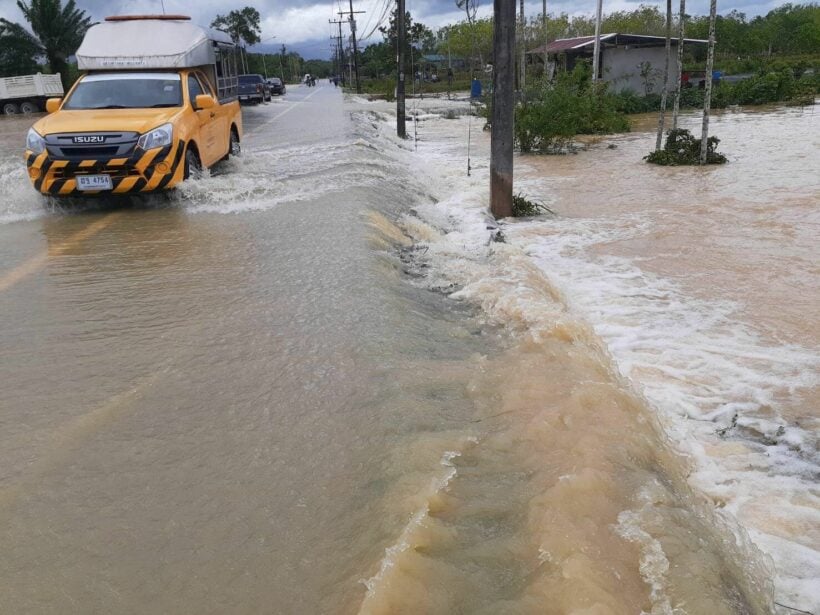 Ranong, Phang Nga, Phuket and Krabi are expected to face flash flooding following heavy rainfall today and tomorrow, according to the Department of Disaster Prevention and Mitigation. A low-pressure area over the Bay of Bengal is expected to move northward resulting in a cyclone on the southern west coast of Thailand. Increased rainfall and heavy winds are also expected in the western and central parts of Northern Thailand, according to the Meteorological Department.

Response teams have been stationed in the at-risk areas to provide immediate help to anyone who may be affected by the floods. Strict incident response plans are in place because severe weather-related incidents are common in these provinces.

The department asks people, especially in the four Southern provinces, to closely monitor the weather forecast, news and prepare to deal with disasters that may arise.

If you are in need of assistance, you can report the incident and ask for help via the Line account @1784DDPM or via the ‘PhonPai’ application which has a 24-hour hotline ready to provide immediate assistance.