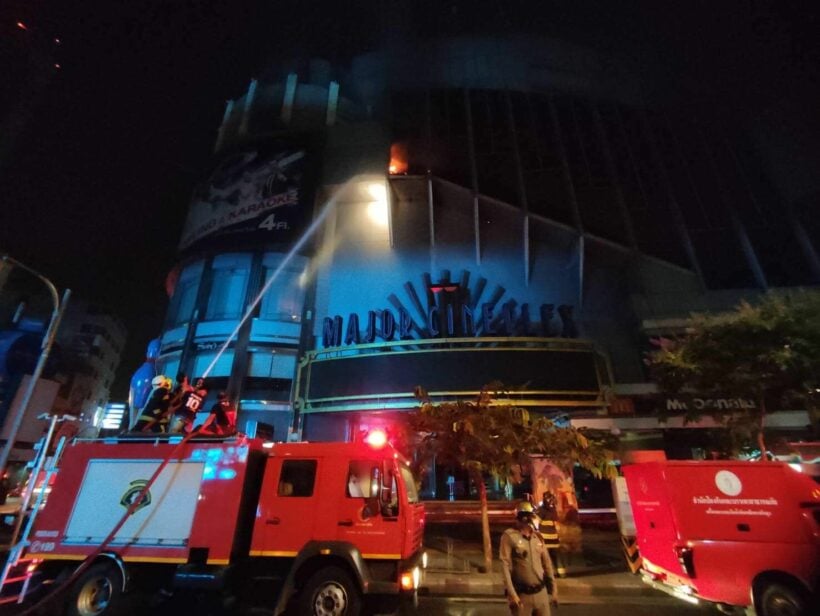 A cinema in Bangkok’s Ekkamai area caught fire early this morning, with flames spread on the fourth and fifth floor of the theatre. Major Cineplex Sukhumvit was closed when the fire broke out at around 4:43am today. Firefighters are investigating to determine what caused the fire.

Early this morning, a vendor outside the cinema was preparing to set up shop for the day when she smelled something burning. The smell got stronger and she looked up and saw smoke billowing out of an upper floor of the building.

Disaster Prevention and Mitigation authorities were called to the scene. They say the fire started on the fourth floor and about to spread to the third and fifth floors. The officers sprayed water from outside using a cabin crane and were able to control the blaze with an hour.

Firefighters suspect the fire was started by an electrical circuit from a shop on the fourth floor, but they are still investigating.