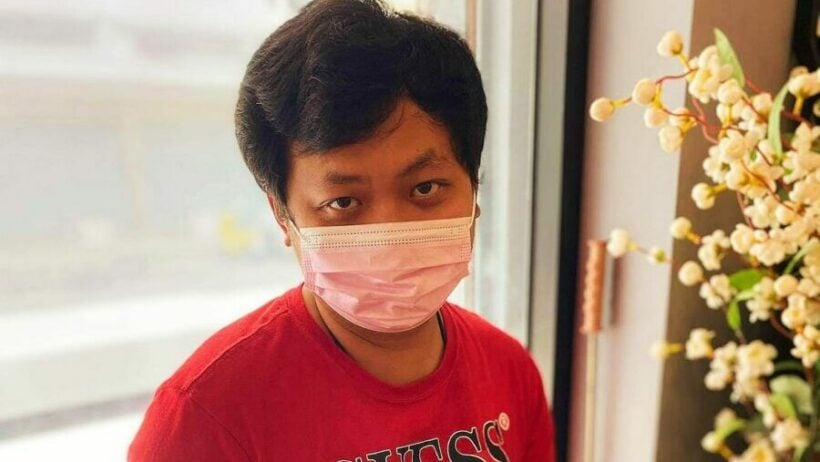 The father of the teenager who was shot near the Din Daeng Police Station in Bangkok as Monday’s pro-democracy protest was going on has filed a complaint with the police today. The father is demanding that the shooter face legal ramifications for what happened to his son.

Choonhavan Homya’s 14 year old son, who was shot in the shoulder, will be discharged from the hospital today, says Choonhavan.

The shooting occurred around the time of the turbulent pro-democracy protest earlier this week, but the teenager believes the shot was fire by teenagers who were uninvolved in the protest.

Thai media says the boy was driving on his way home when he was attacked by a group of teenagers who were near the police station. Later, it was determined that the boy had taken a round from a firearm.

Another teenager was also shot around the same time and is still in a coma.

The Metropolitan Police Bureau has denied shooting live rounds at protesters. They insist they only use rubber bullets. Police say the shootings could have come from a “third party”.

Stonker
1 hour ago, Stardust said: I hope now you understand this 2 different incidents to make it clearer the other incident was near a police station but not clear who shot.  Yes and no. It's "not clear who shot", but…
Stonker
1 hour ago, Stardust said: Maybe this help to understand , there were daily incidents from motorists and people living in the area that they were attacked daily from up Police snipers with teargas canisters There are many livestreams about…
Stonker
2 hours ago, dj230 said: There was multiple incidents that day, not just one. This incident was on the same day at the same location. Can you post the video you're talking about, the only one I saw was a…
dj230
15 hours ago, Stonker said: I think you're talking about the same video I saw which was reported as a "police sniper", @dj230. As you say, he clearly wasn't a sniper as although you can't identify the exact weapon from…
Stonker
4 minutes ago, dj230 said: Yea, it was definitely not a sniper Heres a picture of a protestor holding an actual gun (not a tear gas gun). Two Pathum Thani residents detained for participating in Aug 10 rally (nationthailand.com) I…

60 of 155 national parks reopened across Thailand