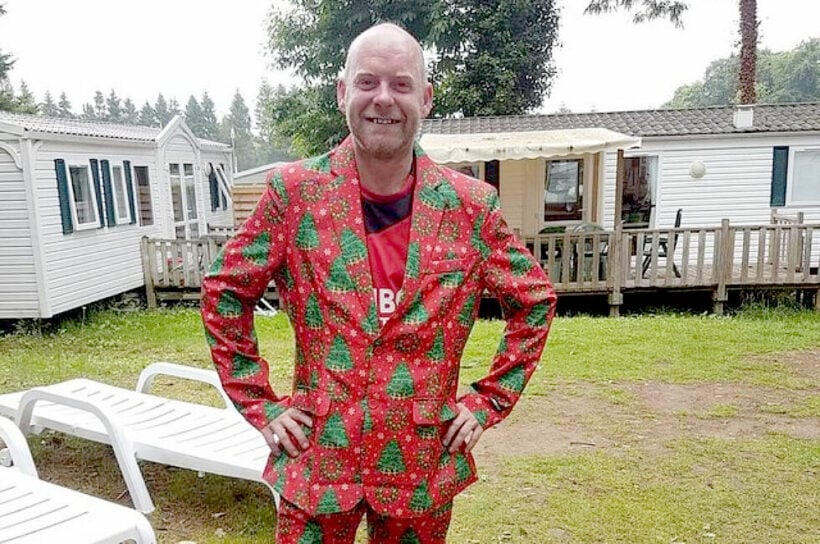 PHOTO: A family tries to raise money for a British man who died in Thailand. (via lep.co.uk)

After a 44 year old British man died suddenly shortly after arriving in Thailand, his devastated family is trying to raise cash to pay his hospital bills and bring him home. Daniel Skipper came to Thailand with friends from his home town of Walton-le-Dale and Bamber Bridge in Lancashire, England and only a few days later he suffered a heart attack and died in the hospital.

Skipper called his sister Katie last Sunday and told her that he was in the hospital after he had a heart attack. He had only just started his trip, after working 60 hours a week all summer to save up to spend the winter in Thailand, with plans to stay from December to February. Just a few hours later, police were dispatched to notify his family that he had died.

The family was devastated, after having already lost his brother at the age of 35 to a brain haemorrhage in 2014, and their mother died in 2018. They just want to get their deceased family member back in time for Christmas as they deal with the tragic and unexpected loss.

Now they are trying to raise UK £5,000 in order to cover the expenses of his hospital bills, as well as to fly his body home and then move his remains from the airport to Bamber Bridge. They have started an online fundraiser on British-based fundraising site JustGiving to solicit donations.

So far the page has raised £2,600 from friends, with donations coming in from around the world. Skipper was a world traveller and had made friends worldwide. His family has said that the generous outpouring of caring friends after he died is comforting during their time of loss.

“I want to say a massive thanks to everybody who’s already donated, it’s very comforting. We’ve also had so many people messaging, telling us how much they loved him, that he was the life and soul of any get-together. He literally had friends in all four corners of the world.”

JohninDublin
6 hours ago, Cathat said: Yes but do they state corpse's or urns full of ashes? Big difference in cost to the insurers in normal times and also bear in mind standard global air freight rates are up about 400-500…

JohninDublin
On 12/14/2021 at 11:03 AM, LoongFred said: Since he seemed to be a drinker, I suggest putting donation boxes on the counter at the British themed pubs. If that fails a surcharge per drink say 5 or 10 baht could…