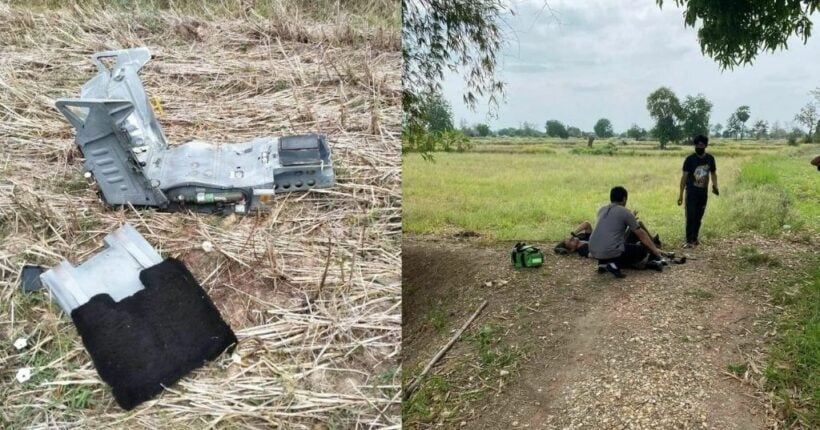 An F-16 fighter plane crashed during a training session in the northeastern province Chaiyaphum today. The pilot managed to eject himself from the aircraft and is safe, according to a spokesperson for the Royal Thai Air Force.

The spokesperson says that the incident was reported to the relevant department and committee, who will then investigate the cause of the crash. The Royal Thai Air Force authorities will also visit the scene to collect more evidence and assess the amount of damage.

The Royal Thai Air Force has asked everyone to stay away from the accident scene and thanked rescuers for their support. 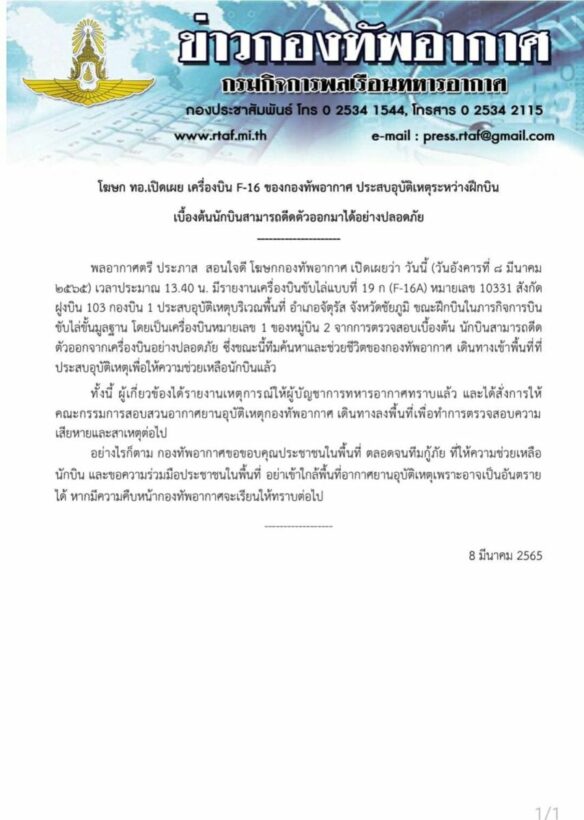 palooka
Think they started making F-16s in early 80s, so nearly 40 years old some of them. Maybe they have good insurance against crashing.
Politenessman
On 3/9/2022 at 3:57 PM, Cathat said: Plenty of single engined aircraft about civil and military. The debate has gone on forever about this issue. A twin engined aircraft is not necessarily safer than a single engined one Don't forget…

Poolie
I guess it's like nuts. You're better off with one rather than none?😀
Cathat
2 hours ago, Politenessman said: By definition a Twin engined a/c IS safer than a single. Sure there is more to go wrong, but you can still limp it home on one - the old saying "it's better to lose…
Politenessman
56 minutes ago, Cathat said: Following that school of thought a glider therefore is not as safe as a single. the training requirements accident rate and insurance premiums do not follow the simple logic that more engines equal safer. It's…