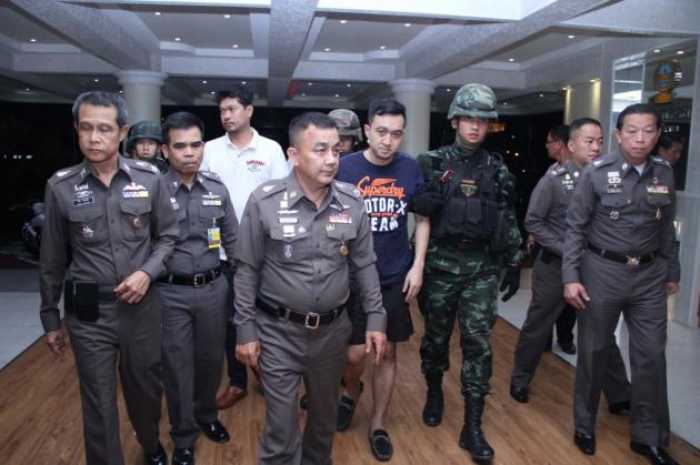 Suwana Suwanjuta, director-general of the Department of Special Investigation (DSI), said yesterday that the names of the three DSI officers were found on a list of bribe-takers put together by Sahachai Jiansermsin, an influential Pattani-based businessman on the run.

An internal inquiry is now looking to see if the three agents were actually on the take, as the names of innocent DSI officials were frequently misappropriated by impostors or criminals to cheat or defraud the public, she said.

The DSI had been working in the region and was supposed to have gathered inside information on the lucrative contraband petrol trade, he said.

Some 30,000 artefacts belonging to Gen Pongpat are waiting identification and verification by experts from the Fine Arts Department, said Bowornwej Rungroojee, director-general of the department.

Certain items are prohibited from being held in private collections, while many might be fakes. The department will make public today initial details of all 30,000 items, 10,000 of which appear to be ancient ceramic pots while 20,000 are artefacts, Buddha images and figures of deities, he said.

Phra Khanong police in Bangkok have said that two of the five new civilian suspects – Sutthisak Sutthijit and Chakarn Phakphoom – have been released from police custody to the military under martial law.

Former Army major Nattapon, Sitthisak and Narong Akharapong-preecha failed to show up for their appointment to meet police at noon yesterday at Phra Khanong Police Station, they said. However, National Police chief Gen Somyot Poompanmoung said on Wednesday that all five civilian suspects had already been detained.

A police source said a woman had accused the five of abducting her and forcing her to pay them 20 million baht after they claimed to have royal backing.

The source said Sutthisak and Chakarn had claimed to police that the woman owed them money, but denied that they kidnapped or intimidated her to pay up, before they were freed on bail.