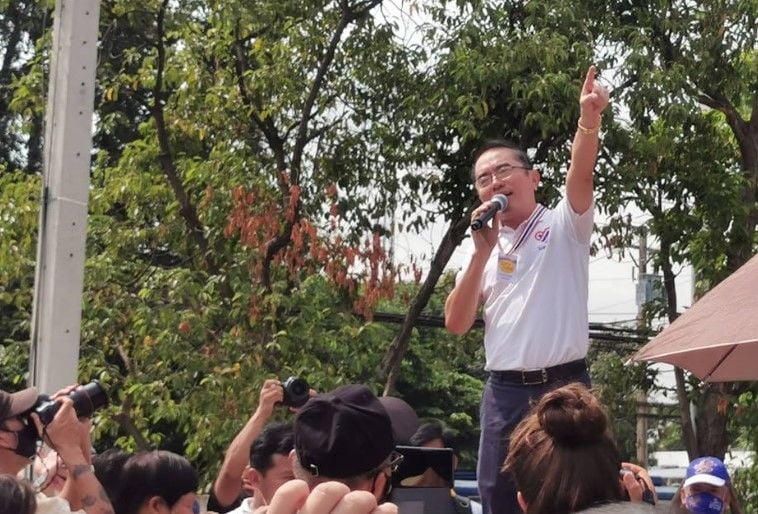 Just after proposed constitutional amendments, backed by pro-democracy supporters, were submitted to the Thai parliament, the Thai Pakdee royalist group filed a petition with 130,000 signatures saying they are against making changes to the constitution.

Pro-democracy activists have been demanding a rewrite of the Thai constitution at protests over the past few months. The nonprofit organisation Internet Law Reform Dialogue, known as iLaw, drafted amendments including one that would require all senators and local administrators to be elected. Currently Thailand’s entire Senate is hand-picked by the ruling party. More than 100,000 people back the proposed changes.

“There’s no need to make changes”, according to Former Democrat MP and leader of Thai Pakdee Warong Dechgitvigrom. He says the 2017 Constitution was approved by 16.8 million people (Thailand’s population is 69.4 million).

“Redoing the process would cost 15 billion baht in taxpayer money. On top of that, it would require 2 referenda and a general election.”

According to Thai PBS, 84 of the 250 senators need to be on board to move forward with revisions to the constitution. At the moment, around 60 of them are in favour of constitutional amendments while 100 oppose any changes and the rest are undecided. But Senators against the amendments might change their minds, according to Senate whip Sangsit Phiriyarangsan. He says he believes more senators will be in favour of making some amendments after hearing debates in parliament.