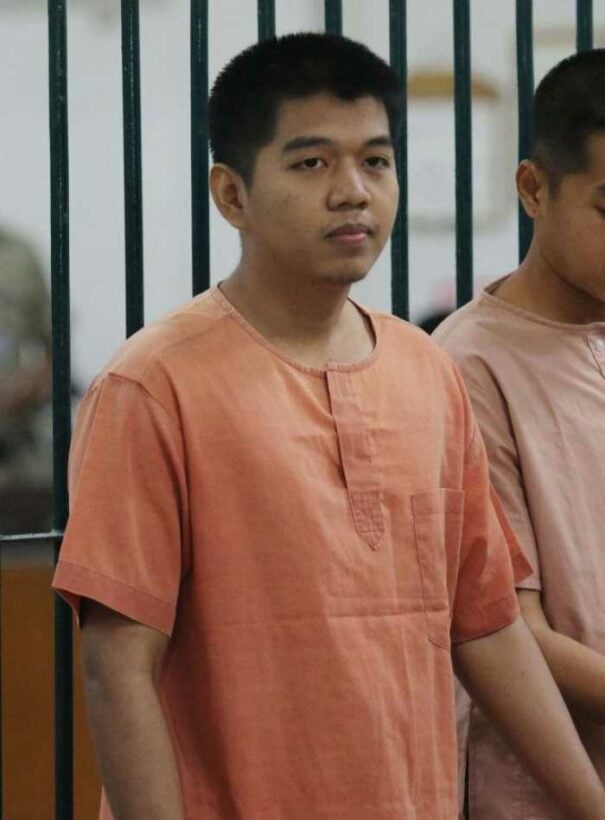 PHUKET: The Criminal Court handed down the death sentence to two of six defendants for murdering high-profile and outspoken businessman Akeyuth Anchanbutr last year – but the penalty was commuted to life imprisonment because they had confessed.

The murder of Akeyuth was big news last year, capturing immense public attention and the media spotlight as he was a strong critic of then-prime minister Yingluck Shinawatra and her brother Thaksin.

There was huge speculation on who masterminded Akeyuth’s murder, when he disappeared and was later found dead in June last year. Finally, evidence submitted to the court nailed down six defendants with “money” as the motive for the attack. The court read out its verdict, based on the evidence, yesterday.

Two of the defendants, Akeyuth’s driver Santiparb Pengduang and Suttipong Pimpisarn, were convicted of pre-meditated murder and robbery. By detaining and killing Akeyuth, they managed to get Bt6.6 million in assets and cash from him.

Their punishment was commuted from the death penalty to life in prison on grounds that their confession during interrogation proved somewhat useful.

These two defendants were also ordered to pay Bt1.9 million in compensation to their victim’s family. Police have so far recovered just a little over Bt4.2 million after the defendants’ were arrested. Four other defendants also got guilty verdicts with lighter punishment.

Chawalit Wunchum, another suspect, was found guilty of violating the gun law and trying to hide Akeyuth’s body. He received a 13-month jail term, but because he had a previous suspended jail term from another case, Chawalit will have to serve 19 months in jail following yesterday’s verdict.

Tiwakorn Kua-thong was also convicted of trying to hide Akeyuth’s body. He got eight months in jail.

After the verdict was read, Santiparp said he would consult his lawyers on how to appeal. Despite his conviction and serious punishment, he was still smiling.

Akeyuth’s son, who also showed up in the court, said he was satisfied with the verdict. “But I am going to consult my lawyer on whether to appeal,” he added.

Before his death, Akeyuth told his lawyer Suwat Apaisak that he felt someone wanted to kill him. Suwat also claimed he had talked to Santiparb during his detention and was told that a team of professional killers – not he – had murdered Akeyuth.

Akeyuth launched a website – Thai Insider – that published many reports and opinion pieces highly critical of Thaksin and Yingluck.