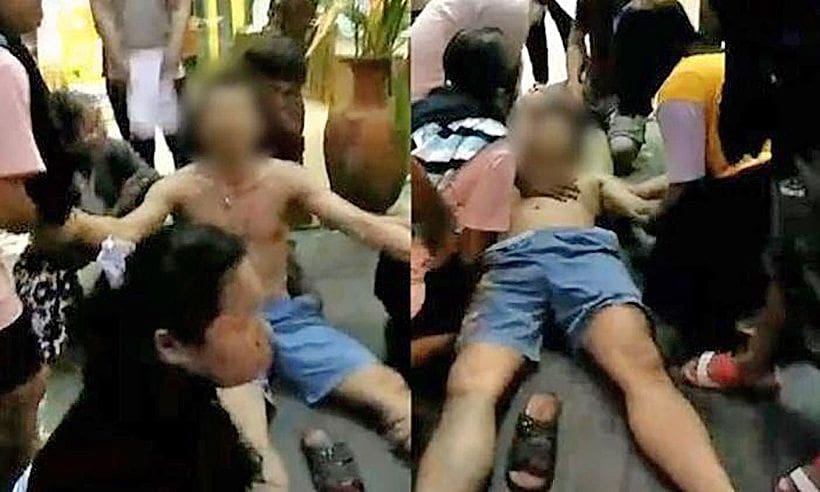 Questions are being posed on social media, “how safe is a Thai massage?”

Thai media is sharing the story after a video was posted of a Thai man who died while having a massage.

“Ton”, the younger brother of the victim, explained what happened to Sanook. Ton says that his brother had been playing football with friends and suffered a twisted ankle. He headed to a doctor for treatment.

A week later the victim and some friends went to the nearby floating market where the victim complained of leg pain and wanted to get a Thai massage to provide some relief. It seems the relief was more than what he was expecting.

After being in the Thai massage shop ten minutes he stopped breathing. 30 minutes later an ambulance arrived. He couldn’t be revived despite attempts of staff to do their best.

Doctors say the man died from a blood clot. The victim’s wife doesn’t blame the massage shop and won’t filed a claim with police.

She said she received 40,000 baht from the shop as a token of their condolences.

7/11 to add laundry and dry-cleaning