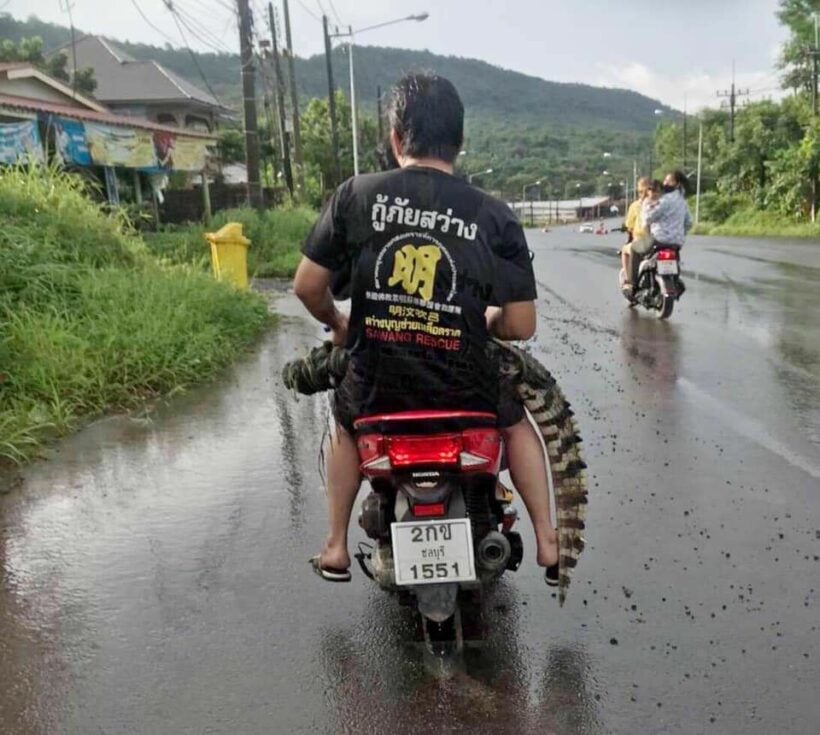 Yesterday, dozens of crocodiles managed to escape from their enclosures in a crocodile farm. Due to heavy rains, the crocodiles were able to swim through a flooded “ditch area” that was conveniently located near the farm. The flash flood and subsequent crocodile escape happened in the eastern province of Trat, which is next to the Cambodian border.

The farm owner, Pirom Kannak says nearby residents have seen his crocodiles “wandering around” the roads and villages.

One crocodile was brought to a veterinarian’s office for medical help after the large, semiaquatic reptile was hit by a car.

Out of the dozens of crocodiles, “at least” 20 have already been captured and brought back to the farm…which took around 3 hours to do.

However, 21 crocodiles are still at large as of last night. Local residents were warned of the “situation”. The search for the large reptiles continues.

Pirom says the crocodiles were set to be sent to a larger farm in the Bangkok area.

“Due to Covid-19 restrictions, the farm in Bangkok has not come to pick them up yet, citing closure measures”.

He went on to bemoan the financial losses his escaped animals are costing him, to say nothing of how the Trat people feel about crocodiles roaming around.

“These crocodiles are being sold for 10,000 baht to 20,000 baht each to the larger farm in Bangkok and are very valuable to me and my farm”.

Bob
Is he wearing a pair of crocs on that scooter DPat
and a mask!?