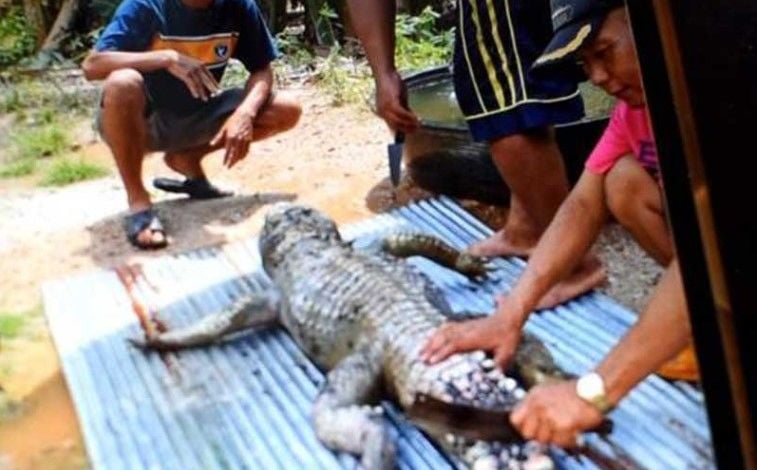 After a crocodile attacked a Rayong man, in eastern Thailand, and bit off his arm, locals hunted down the crocodile, killed it and ate it. They say they cooked and ate the 2 metre long crocodile to get “revenge”. The crocodile would have preferred other options.

52 year old Yongyut Harat was fishing in a canal when, according to the croc-victim, the crocodile suddenly attacked. The crocodile bit off Yongyut’s right arm. Yongyut’s friends helped free him from the crocodile and took him to the hospital.

Some suspect the crocodile got loose from a crocodile farm that had gone out of business… which leaves more questions than answers, like how many crocodiles were at the farm? Are they present and accounted for? How did they get out? And are they hungry?