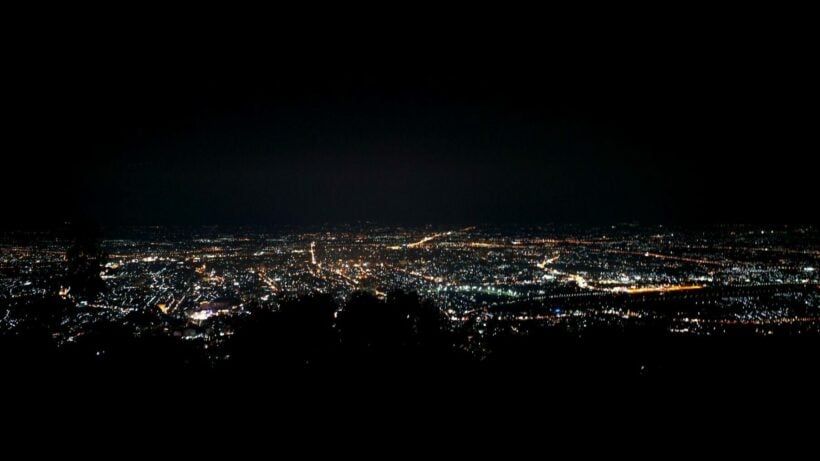 Earlier today, the Thaiger wrote about how officials in Chiang Mai have been searching for a toddler that has been missing since Sunday night. Now, Thai PBS says a couple is being held in police custody for questioning in connection with the search.

A 44 year old man, who is a neighbour of the missing girl’s father, and his wife have been questioned separately by police. Following the questioning, the couple were detained on charges of illegal entry. The search for the girl known as “Gina” continued today, after briefly being suspended last night. Multiple police agencies and people have been searching for the girl, including police, border police, volunteers and villagers. Heat-seeking drones and sniffer dogs have also been used.

Divers and a rescue unit also searched a pond near the village yesterday. They found no traces of Gina, says the village head. The village head believes someone kidnapped the child who knew the family. The village head adds that Gina did not usually allow strangers to hug her. Police think the child may be lost in the woods and have been checking CCTV footage along the road, which connects Mae Taeng with the Chiang Dao districts, to check cars that were driving between 10am to 7pm on Sunday.

The Mirror Foundation, which helps look for missing children in Thailand, posted on Facebook to say that Gina’s family moved to the Ban Huay Fak Dab village recently and that not everyone in the village may know them. They add that the village is remote and surrounded by mountains and forests which is far from the district’s township, but cars do sometimes drive through the village. The Mirror Foundation also says that around 4 years ago, a 2 year old child disappeared from their home in Chiang Mai and has not been seen since.

Gina disappeared sometime between 6 and 7pm last Sunday evening. The mother was cooking, and the father was taking out the trash at the time.

Paco
Why  not place a photo of the child
Bob20
I don't suppose the parents will mind if this is shown outside of other publications
Convert54
Illegal entry ? Immediate reaction might be ?