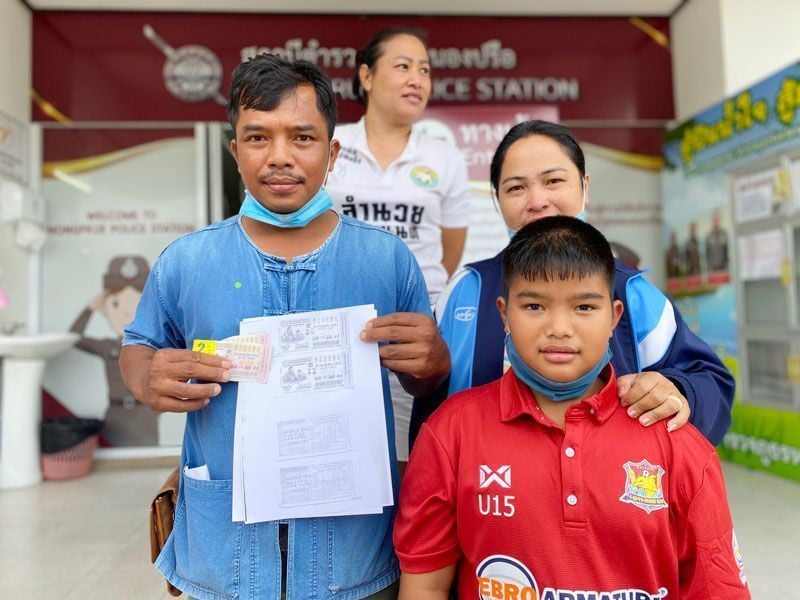 Yesterday was Thailand’s bi-monthly lottery draw and this time there were 4 winners, that we know of. One was a 40 year old mahout (elephant handler) who lives in Pattaya who won 12 million baht. Nipon Sa-Ngam works as an elephant mahout and is originally from Buriram.  He purchased 2 lottery tickets earlier this week. His winning ticket had the numbers… 873286. He headed straight down to Nongprue police to report the evidence to his local police station.

Whilst some lottery players come up with all sorts of elaborate and superstitious ways of selecting their lottery numbers, Nipon says he used numbers from a license number plate to help select his winning combination. Nipon told The Pattaya News he will continue to work as a mahout but will invest the money to help his son through his schooling and pay off debts.

There were 3 other winners of yesterday’s lottery draw.

The first person was a woman, Mukda Buka Champa, who lives in the Sawang District, Ubon Ratchathani in Thailand’s north east. Her winning ticket won her 6 million baht.

Another winner was a man (name and address withheld) who won 2 first prizes, valued at a total of 12 million baht, also from Ubon Ratchathani. He was less inclined to provide much information compared to the usual happy winners but begrudgingly posed for a photo anyway. 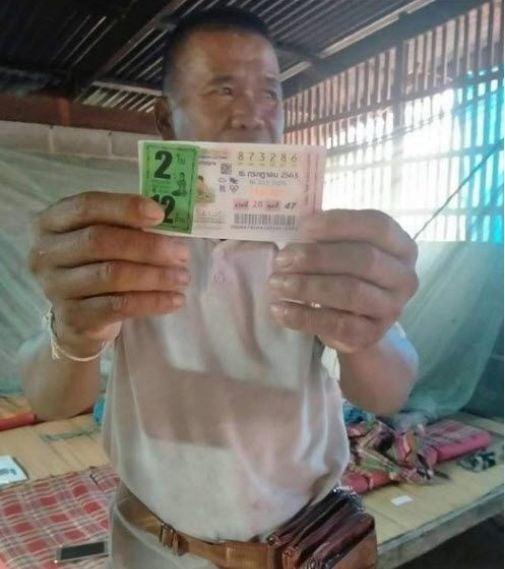 And then last night, Wisat Asa, a citizen of Dong Khrang, in Roi Et Province, also in the north east, rocked into Dong Khrang police station advising police he had won the 1st prize as well. Wisat told police that before he bought the ticket he had second thoughts and wanted to buy his number online as his usual lucky number wasn’t for sale, but he ended up purchasing on from the local vendor and won 12 million baht. What does it take to get this man to smile?! 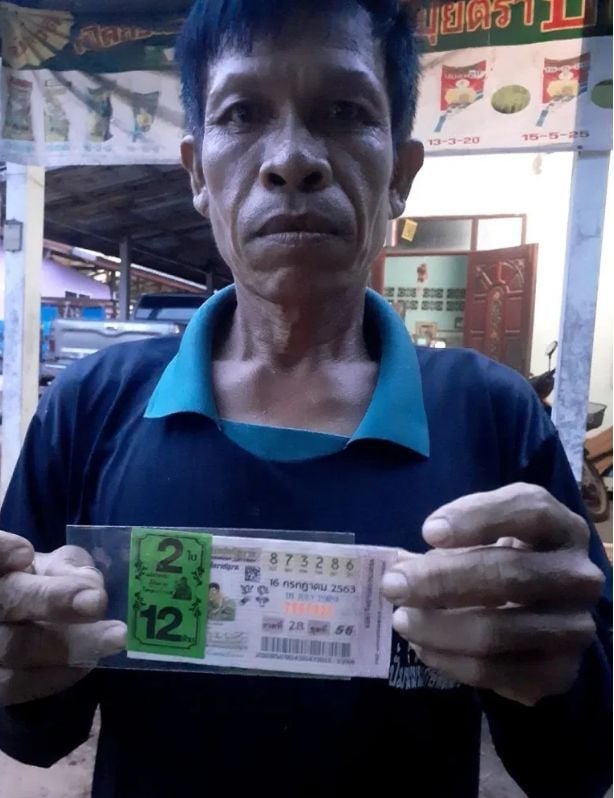 The future is now: 5G taking off in Thailand