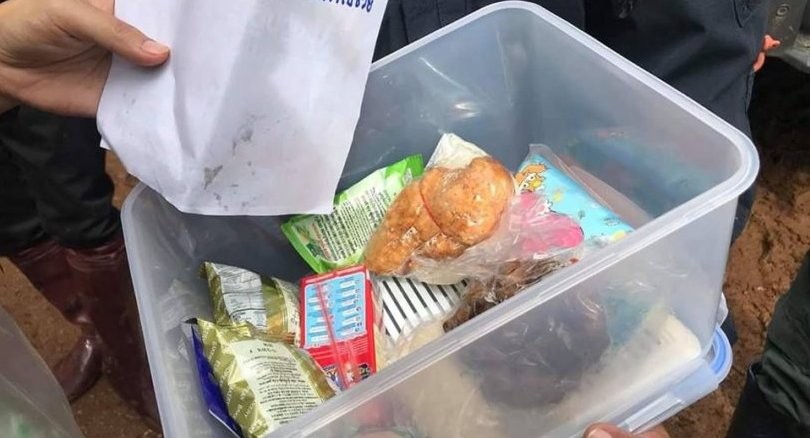 As rescuers use heavy-duty drilling equipment to drill into the roof of some of the Tham Luang caves where the missing 13 are thought to be stranded, officials are sending in food and survival boxes into the flooded waterways coursing through the tunnels.

The Nation is reporting that officials are dropping dozens of plastic boxes containing food, maps and mobile phones into natural gaps and chimneys, hoping they will reach the 13 persons trapped there last Saturday afternoon.

The boxes also contain messages asking the finder to phone the rescue team and tell them their location and the extent of their water and medical supplies.

The boxes are being dropped into waterways and open channels at Doi Pa Mee cliff near the cave with the hope that they will float to within reach of the missing group. The boxes also contain pens for marking, mobile phones of three providers, flashlights, candles and a lighter.

Meanwhile operations have been hampered by heavy rains that have increased the level of muddy water in the cave, which has very low ceilings in places.

Rescue teams are desperately seeking alternative entrances into the cave to reach the boys. However, as the one-week marker of their cave entry approaches, the operation has not yet been able to locate them.

Authorities are hoping that the team sought shelter now in an area inside the cave nicknamed Pattaya Beach, with rescuers, led by a Thai Navy SEAL team, focused on reaching that site as soon as possible. 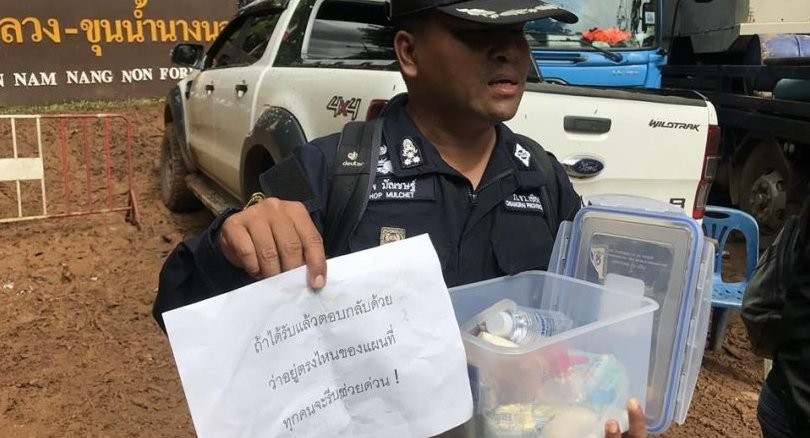