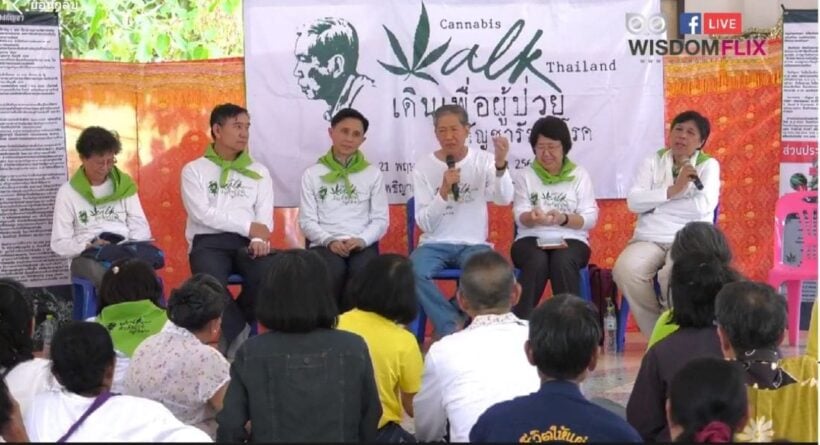 The Walk, led by Decha Siriphat, a long-time advocate of sustainable agriculture and traditional medicine – is aimed at raising awareness about cannabis-based treatment and knowledge which has long been absent from people’s perception.

Marijuana was banned under the 1979 narcotics law for more than forty years, before the government decided early this year to loosen controls, allowing it to be used legally for medical purposes.

Prof Dr Pattapong Kessomboon of Khon Kaen University’s Faculty of Medicine says the international community has been active in the field of medical cannabis studies, with at least 25,000 research papers available. Bsed on his researcher team’s years-long review, these research papers could be classified into three main groups according to their reliability.

In Thailand there have only been two studies conducted to date on the benefits of marijuana, both by Rangsit University’s Faculty of Pharmacy.

It was the faculty’s first dean, Prof Dr Surang Leelawat, who over 10 years ago studied the effect marijuana had on cholangiocarcinoma, a cancer affecting the bile duct, by using THC extracts on lab rats, said Prof Dr Thanapat Songsak, the present dean.

Professor Surang managed to determine that THC could help stop the disease from spreading. Her researcher team then found another chemical – CBN –to be helpful in containing the growth of cancer cells in the lungs.

Dr Thanapat said the faculty now was conducting tests on cholangiocarcinoma and expects confirming results in the next three months. They could then move on to tests on humans.

Rangsit, he said, remains the only Thai institute permitted to grow marijuana for research. Other universities were in the process of submitting requests.

“Marijuana may be seen by some as an evil, but in the view of our research team, it is valuable for patients’ quality of life. So we think we’re on the right track and hopefully we will find light at the end of the tunnel.” – Prof Dr Thanapat Songsak, Dean Rangsit University’s Faculty of Pharmacy

Thais have long used cannabis in traditional medicine. Dr Khwanchai Visithanon, director of the Thai Traditional Medicine Institute, said up to 200 cannabis-infused medicines have been found on record.

Screened for repetition, 90 distinctive formulae remained for further study. Khwanchai said his team has divided the list into three groups.

You can read the full report from The Nation Weekend HERE. 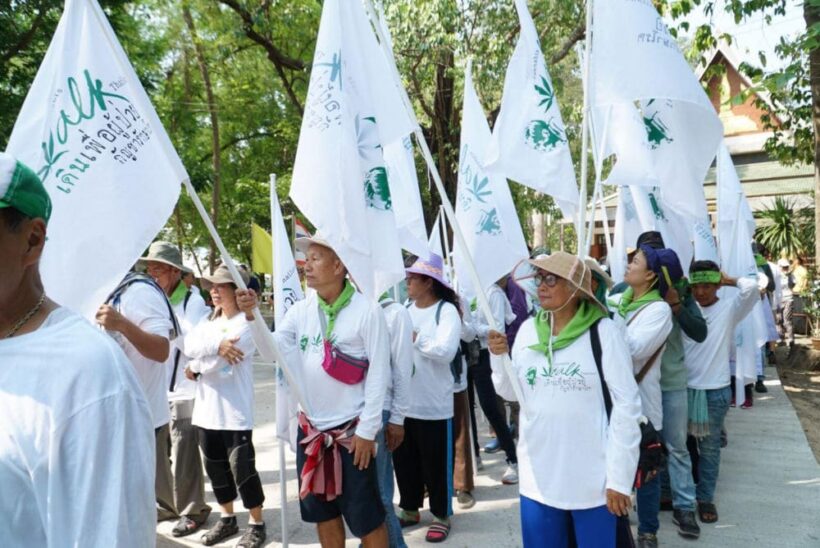