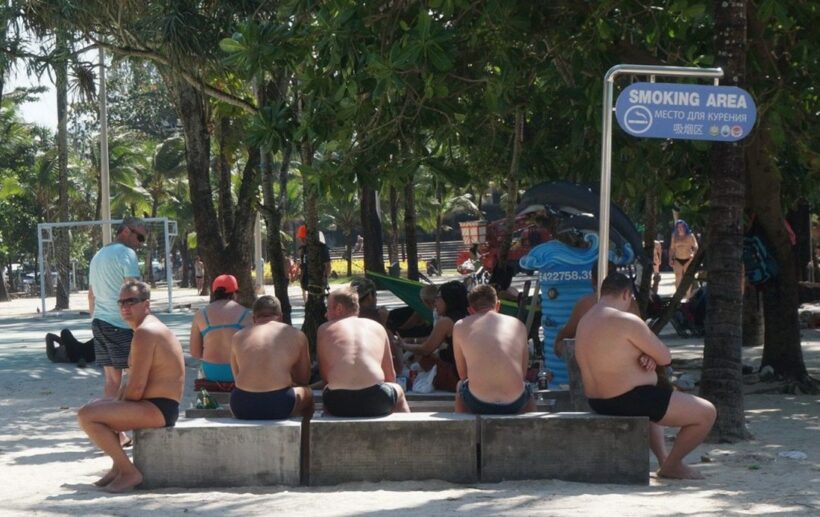 Officials on Thursday began strictly enforcing a ban on smoking on beaches, with offenders facing a possible year in prison and a 100,000 baht fine.

The Marine and Coastal Resources Department announced a strict ban on smoking at 24 beaches in 15 provinces to begin with. The aim is to protect the environment, such as by reducing the number of discarded cigarette butts, and to protect beachgoers from being disturbed by smokers and from potential harm from second-hand smoke. 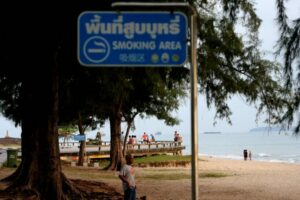 Also under the ban are Hua Hin and Khao Takieb beaches in Prachuap Khiri Khan, Hat Sai Ree in Chumphon, Ao Bo Phut and Chaloke Bankao beaches in Surat Thani, Plai Sai in Nakhon Si Thammarat, Chalathat in Songkhla, and Wasukree Beach in Pattani. In Phangnga the ban is in effect at Khao Lak, Koh Khai Nok and Kho Khai Nai beaches, in Phuket at Patong Beach, in Trang at Samran Beach, and in Krabi at Laem Kho Kwang, Klong Dao and Phra Ae beaches.

The ban is being enacted under Article 17 of the recently improved Marine and Coastal Resources Management Act, published 60 days ago in the Royal Gazette, and comes after a two-month publicity campaign aimed at giving smokers fair warning. The Marine and Coastal Resources Department puts cigarette butts among the most prevalent forms of waste on beaches and in the sea, carrying nicotine, plastic, carcinogens and other toxic substances, they are considered a hazard to the environment and marine ecosystem. 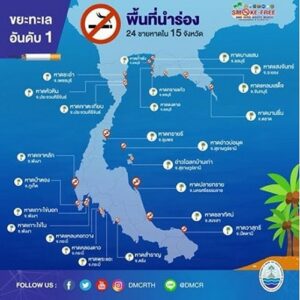