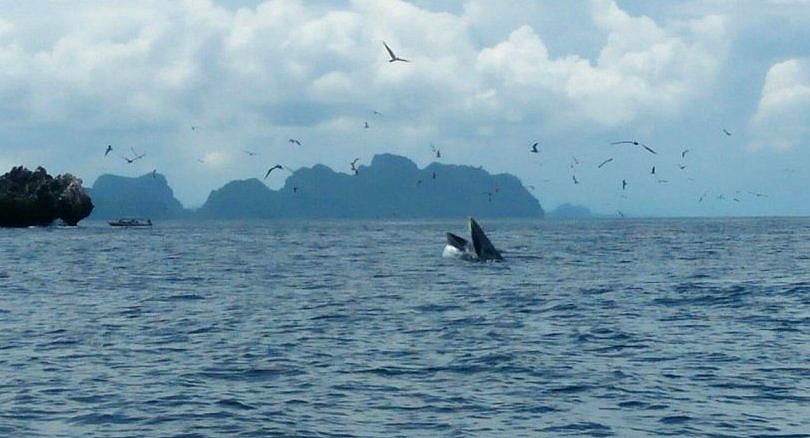 People along the shore of Pathiu district in southern Chumphon province have been treated to the sight of a pair of Bryde’s whales today (Tuesday).
The whales – commonly referred to as Bruda whales because of the pronunciation of the Norwegian name Bryde – surfaced repeatedly for about an hour near Koh Ran Ped and Koh Ran Kai, about six nautical miles off the mainland, according to Pathiu community tourism network president Somchok Panthurat.
He says he was in his tour boat at around 11am when the whales, 8-10 metres in length, appeared nearby.
“They’re known for being usually good-tempered around humans.”
A flock of swallows gathered to feed on fish schooling around the whales, Somchok said.
As tourists shared in the unusual sight, Somchok expressed pride that the sea off Chumphon is fertile enough to attract more whales. He urged residents and visitors to help ensure the environment continues to improve in health.
Large marine creatures such as whale sharks and Bryde’s whales have been seen more frequently off Chumphon since last month. 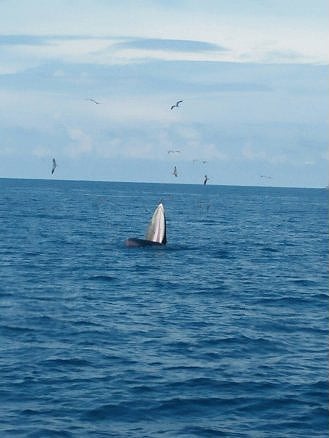