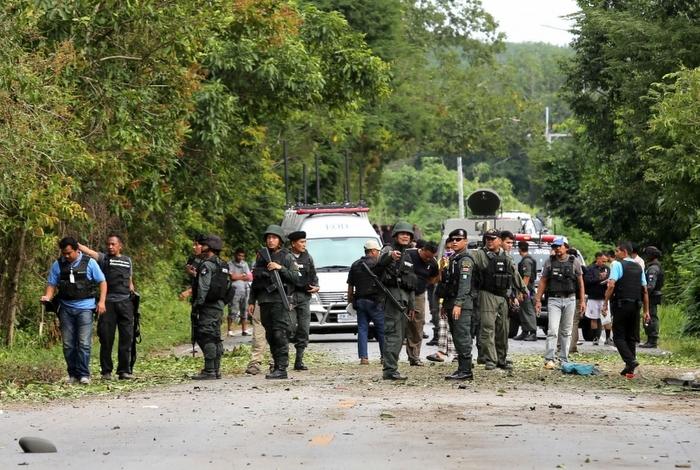 SONGKHLA: Four border policemen and a civilian were injured in a double bombing attack in Saba Yoi in Songkhla yesterday morning. Two village defence volunteers suffered minor injuries when a third bomb exploded in front of a school in Khok Pho in Pattani the same day.

The policemen were injured in the first explosion at about 7am in Ban Daru Moo 3 in Tambon Than Khiri. Minutes later, a 57-year-old woman on her bicycle was injured by a blast in the middle of Kabang-Sabayoi Road, just a kilometer away. Army officials said they suspect that the second bomb was intended to injure personnel responding to the first incident.

At around 8pm in Khok Pho, two defence volunteers guarding Solihiyah School were injured by an explosion in front of the school. No teachers or students were hurt, although the school is closed for the day as a precaution.

National police chief Chakthip Chaijinda reiterated on July 28 that the national intelligence agency had previously warned of attacks in the three southernmost provinces, particularly ahead of the August 7 constitutional referendum and then throughout the month of August.

He said the predicted attacks would target state officers and might be carried out by two groups linked to local political entities and insurgent groups.

General Chakthip admitted that probes into the attacks would be difficult to mount as officers are on a heightened alert before Saturday’s referendum vote.