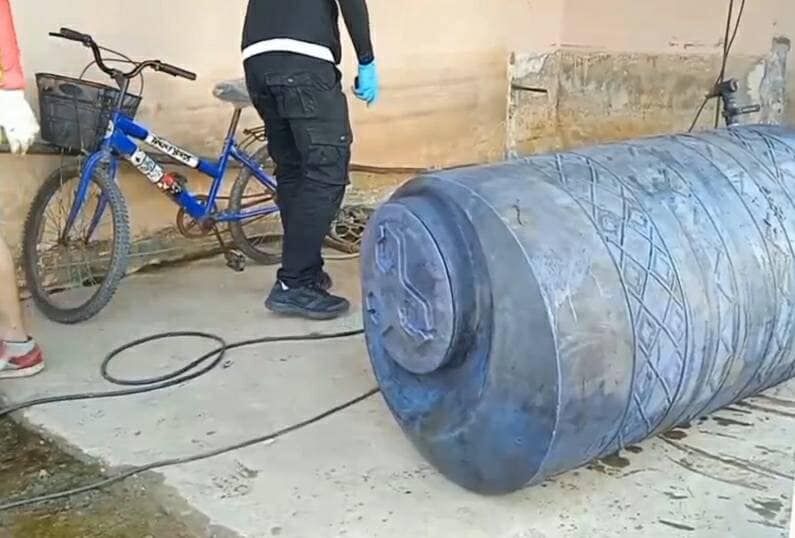 The body of a Burmese fisherman was found in an oil tank on a fishing boat docked in the southern province of Surat Thani.

The tank was on a fishing boat where the man had worked which was found by a painter who was going to clean and paint the boat’s engine room. He tried to move the tank out of the way, but it was heavy, so he opened it and found the man’s body.

Officers suspect the man died at least three days before the body was found. The body was bloated and covered with oil, making it was hard to see any wounds or injuries. The corpse will be sent to the forensic department of Suratthani Hospital for an autopsy.

The fishing boat was one of the three boats docking at a pier in Tapi River in Soi Talad Lang 4 in the Mueng district of Surat Thani. The boats had been docked since February 15.

Officers questioned the eight other Thai and Burmese staff who worked on the boat. Reports say all of them said they didn’t know about the incident. The officers collected their DNA and would invite them to question again.