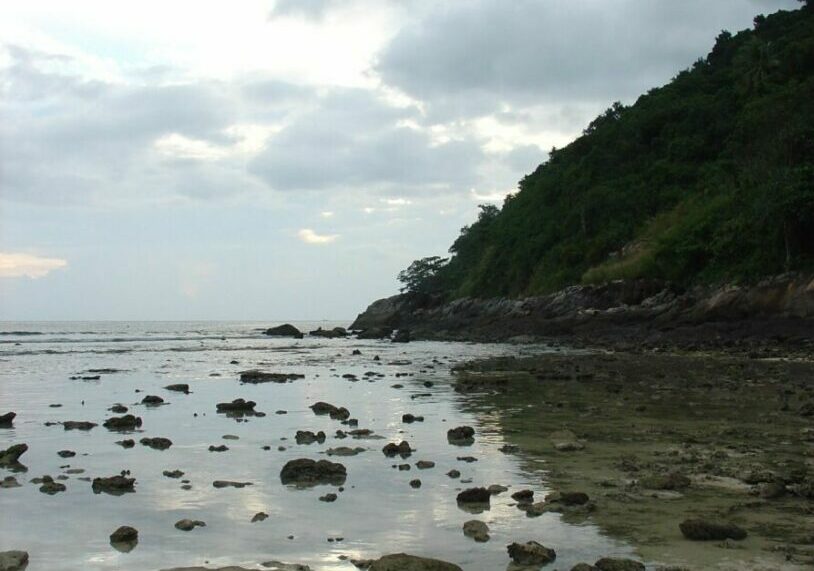 Yesterday, a man’s body was found in the sea near Tri Trang Beach, a lesser-known beach between Patong and Paradise Beach, south of Patong. Patong Police are investigating the matter.

Rescue workers were called in around 3:40 pm to the Coral Beach Bridge at the southern tip of Patong beach. A local fisherman had reportedly hauled the unidentified corpse ashore. Upon inspection, that man was unconscious and without a pulse. CPR was administered and he was hurried to Patong hospital where he was declared dead.

According to rescue workers, that man had in his possession: a mobile phone, a Toyota car key, a box cutter, and a bottle of massage oil. Police have not been able to identify the man, but according to Thai media, Police think he is Thai. They did not provide an explanation for how they reached their supposition. A post moretem examination is underway and officers are continuing to investigate. Further details are unknown at this time.

While the cause of death is pending,  it is noteworthy that Thailand has previously struggled with drownings. 2 years ago, the Bangkok Post reported that death by drowning is twice as high for Thai Children compared to the world’s average.