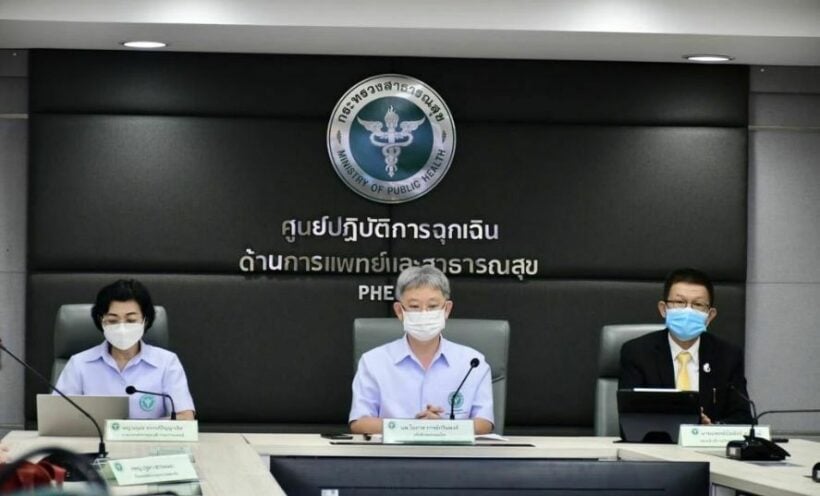 On Thursday, Thailand recorded its second case of monkeypox. In the second case, a Thai man in Bangkok suspects he caught the virus from a Belgian man who he had close relations with. However, the Ministry of Health suspects the Belgian man has already fled Thailand.

A total of 18 people in contact with the Thai man all tested negative for the monkeypox virus. However, the Thai man says he suspects that a Belgian man he had sex with is the source of his infection. Officials have tried to track down the Belgian man to test him for the virus, but they can’t find him. He is suspected to have left the country already, said the Director-General of the Department of Disease Control Dr Opas Karnkawinpong.

Thailand’s first case of monkeypox, recorded in a 27 year old Nigerian man in Phuket on July 18, also fled Thailand and was arrested in Phnom Penh, Cambodia on July 23. Health officials tested 50 at-risk people who were in contact with the man, who all tested negative for the virus.

“Most cases of monkeypox found in Asia so far were found in men who had a history of having close relations with foreign men,” said Dr Opas.

Dr Opas wants to reassure the public not to be fearful of catching the virus, which is only transmitted through very close contact. Sex is a certain risk factor, said the doctor. The Department of Disease Control suggests avoiding monkeypox by not having sexual relations with strangers.

Due to monkeypox’s low transmissibility rate, only certain target groups – such as high-risk groups and frontline healthcare workers – need to be vaccinated against the virus, not all Thai people, said Dr Opas. The Ministry of Public Health announced that Thailand will receive 1000 doses of the smallpox vaccine from America this month, which are effective against monkeypox.

If Thailand did face a monkeypox outbreak and didn’t have enough imported vaccines, Thailand’s population can be vaccinated using Thailand’s 40 year old stock of smallpox vaccines, which are still safe to use and 85% effective against preventing monkeypox, according to Thailand’s Department of Medical Sciences.

Giltee
This article is xenophobic because the accusation that monkeypox is coming from mostly foreign men when theres no clear evidence that’s the case. The Thai man had contact with 18 men so how do we know he didn’t forget a…

DoUKnowWhoIAm
Dejavu from the beginning of the covid pandemic, always blame foreigners.
Fanta
2 hours ago, Thaiger said: However, the Ministry of Health suspects the Belgian man has already fled Thailand Fled? As in ran away to escape ? Such an odd choice of word for a man suspected but not tested… dirty…
Mazz11
I would suspect that if this man has left the country there would be a record of this happening. Unless he swam across a river like the other guy.