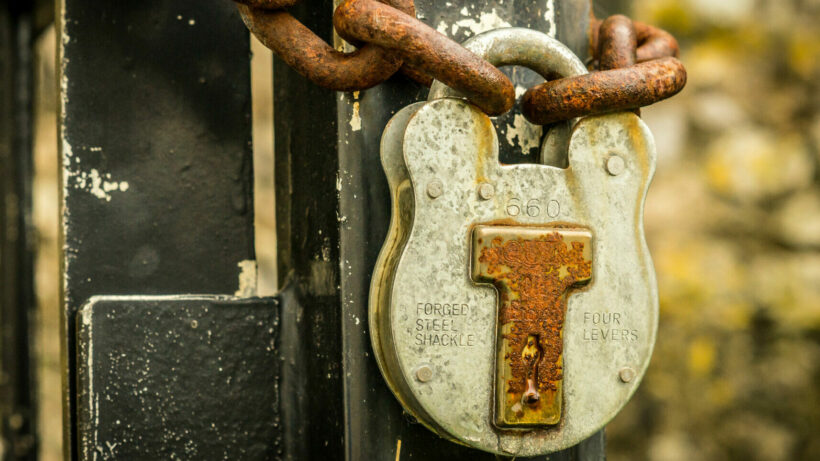 Recently, a Bangkok man had to be rushed to the hospital, but not for anything Covid related. The man had reportedly gotten a padlock stuck around his penis and could not get it (the padlock) off.

The unnamed 38 year old had fastened the device around the base of his penis 2 weeks prior. However, things took a turn for the worse when he lost the key and his penis began to swell up

The 38 year old man with a metal contraption around his penis did not use the 14 days idly. He tried to remove the padlock but to no avail. Soon, his penis became infected and the pain was reportedly unbearable.

The man’s mother also tried to help her almost 40 year old son in removing the padlock from his penis. They both eventually realised they were no match for the penis puzzle and contacted emergency services. Then, in a scene uncannily reminiscent from the film There’s Something About Mary, emergency services and firefighters arrived at the Bangkok home to help.

The mother reportedly told the medics, in case there was any confusion about his relationship status, that her son did not have a girlfriend. She also said her son was “bored” because he had to stay at home so much due to Covid.

The mother added that her son enjoys putting his penis through small holes. She did not elaborate on her statement.

Thongchai Donson, a rescue worker at the scene, says the man’s predicament was worse than they had expected. Thus, emergency workers rushed the man to the hospital.

It took medics over 30 minutes using an electric cutter to saw through the metal lock. Albeit, before they could remove the padlock from his penis, they had to insert a thin sheet of metal between the lock and the man’s epidermis to prevent the skin from being sliced open.

Health officials applied antibiotic cream and gave the man penicillin tablets after the padlock was removed. It was not reported if they also gave him advice on what not to do with his penis.

The mystery man’s penis has reportedly sustained “lasting damage” due to the prolonged length of time it had a lock around it. The penis is also reportedly disfigured.

Thongchai says if the padlock had remained any longer, the penis would likely have started to rot and become gangrenous.

While it is unknown if the health officials warned the man that if he was going to lock something around his penis to not forget the key, they did say they wanted the story to go public to prevent other people from doing this kind of thing.

Bob
14 hours ago, PatrickSatoLee said: STRUCK ??? how did he get his penis hit ??? It might be STRUCK. It says he’s from BANGcock
thp
This cant be serious? ? Nobody thought to call a locksmith?

NCC1701A
this would save me a lot of money even with the operation.  no microscope needed in my case.

Bluesofa
Just now, NCC1701A said: this would save me a lot of money even with the operation.  no microscope needed in my case.  I didn't realise it was so big you needed to keep it in a case?
Bob
1 hour ago, thp said: This cant be serious? ? Nobody thought to call a locksmith? Should of used his lock prick. I mean lock pick

Despite ban, protests call for removal of PM for Covid-19 failure