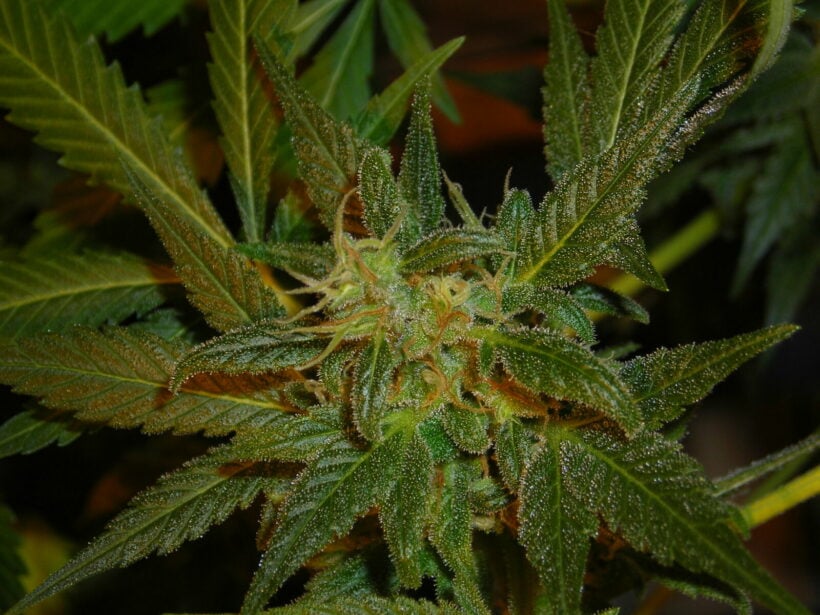 A man in Bangkok was arrested for allegedly having 200 marijuana plants. local police had taken a team to the 5 story business on Wacharaphon Road in Bang Khen where they discovered the small forest. Police arrested the green-thumbed owner identified only as 31 year old Jirawit.

Reportedly, the 1st floor of the business sold curtains, snacks, and coffee. The 2nd floor was a residential one. The 3rd floor allegedly contained 200 marijuana plants ranging in height from 5 to 7 inches. The room was said to be very cool and “drug taking”and “extraction paraphernalia were found.

Also on the 3rd floor was an “organic grow” area with 19 mature plants. The flowers were said to be 1 metre tall. The 4th floor was also used as a cultivation room. The 5th floor was used for storage.

Police allege Jirawit confessed that his horticulture pursuits have been going on for the last 2 years. The police say Jirawit got “cherry” seeds from the United States through Facebook for 500 baht. The police further claimed that Jirawit sold “5 cc” of extract for 500 baht, small plants for between 200 to 300 baht, and fully grown plants for 15,000 baht.

They claim Jirawit invested 50,00 baht in equipment and paid 18,000 baht in electricity each month.

Jirawit was brought to the Bang Khen Police station for further legal proceedings. He is now looking at 5 years in jail and possibly 500,000 baht in fines.

Earlier this month, another suspect was also arrested for selling marijuana plants online. He allegedly had 100 plants,

Objectivance
The devil's lettuce!? *gasp* ?
TobyAndrews
There is no arrest photograph because the arresting officers could not stop giggling.
Bangkok_Gary
It's just a plant. It's been a part of Nature for millions of years. How can a plant - a part of Nature - be illegal ?