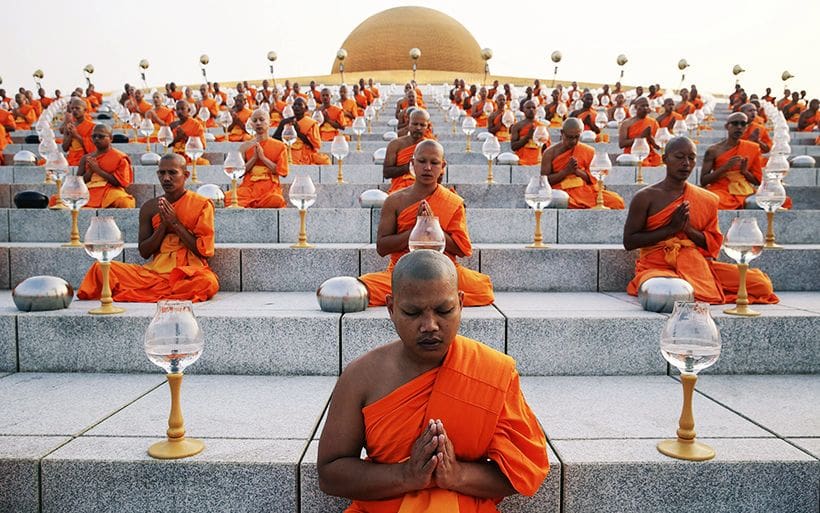 The National Office of Buddhism (NOB) is going to get the Royal Thai Police (RTP) run background checks on applicants seeking to join the monkhood.

The NOB has requested police to run the checks in a move to create a stronger screening system for all those joining the monkhood.

The NOB has been advised to send all Bangkok applicants’ ID numbers to the Police Criminal Records Division (CRD) for background checks.

Meanwhile, details of applicants in the provinces will be sent to police forensic offices for further submission to the CRD.

Results will be sent back to provincial offices or the NOB within 15 days, free of charge.

The NOB hsays that new checks will help ensure that monks participating in ordination ceremonies are up to par with standards required by the Sangha Supreme Council.

The Sangha Supreme Council of Thailand is the governing body of the Buddhist order (Sangha) of Thailand, and is the ultimate authority for all ecclesiastical matters within the Thai Sangha. Its leadership consists of the country’s highest ranking monks, who consult the Supreme Patriarch of Thailand with respect to administrative and theological matters.The Sangha Supreme Council was established on 1 January 1963, under the Sangha Act of 1962. – Wikipedia

Man shot dead by colleague in front of daughter