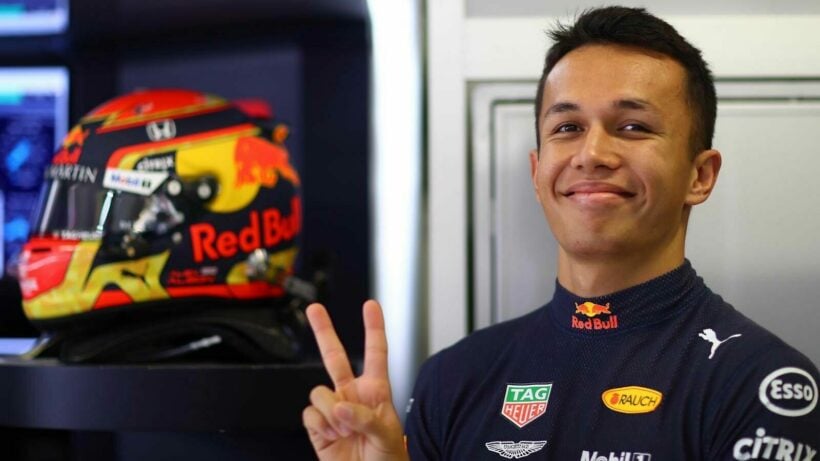 The Red Bull supported Thai driver, Alex Albon will go back to Formula 1 for the next season as a Williams driver. He will be racing alongside Canadian driver, Nicholas Latifi.

25 year old Alex has been a test and reserve driver for Red Bull throughout 2021. He also competed in the German Touring Car championship after being discarded by the Austrian energy drink company’s team in 2020. Alex says that when you sit out a year of Formula 1, it’s uncertain if you’ll return, so he’s thankful to Red Bull and Williams for believing in him on his journey back to the grid. Alex will take the empty position left by George Russell.

On the other hand, Nicholas will start his 3rd season as a Williams driver next year.

“We are extremely excited by our new line-up, with both drivers bringing a great blend of youth and experience,” says Williams team boss Jost Capito.

Jost adds that Alex is one of the most exciting talents in motorsport and comes with a good deal of experience. Jost went on to say that Alex was a driver Williams could envision making a future around. The boss then spoke of Alex’s autonomy as a driver regarding his contract.

“For us, he’s a Williams driver and that’s it…We decide what he’s doing and what he’s not doing”.

Jost says that normally he doesn’t mind if drivers go in and out, because it’s irrelevant to the contract.

gummy
On 9/10/2021 at 10:56 AM, gummy said: Unfortunately for Lewis, although of course they will never admit it, Helmut Marko, an Austrian , the real Red Bull man must hate a black person being the best the world have ever…

Smithydog
I too feel Alex should separate from his ties with Red Bull.  In my opinion, they have a history of favouring their lead driver and expecting a lot from the second but not supporting them. Best to keep out of…

gummy
5 minutes ago, Smithydog said: I too feel Alex should separate from his ties with Red Bull.  In my opinion, they have a history of favouring their lead driver and expecting a lot from the second but not supporting them.…

MrStretch
On 9/10/2021 at 12:14 PM, GMoney2312 said: I started to watch the Netflix show about Formula One, which is outstanding. So I actually know what you guys are saying!💯 Made me laugh.  You could always start comparing or commenting on…