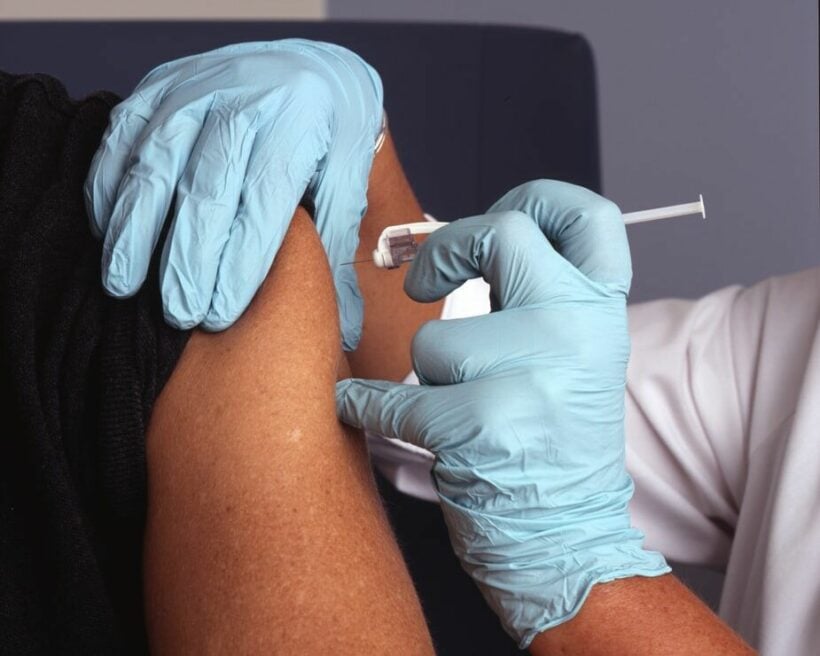 An unnamed, nationality unknown, 82 year old woman has become the first person to get a Covid vaccine in Chiang Mai, a northern Thai Province. She received her inoculation of AstraZeneca this morning and did not report any adverse side effects.

The woman did not reveal whether she had gotten the vaccine in hopes of winning a cow: as a popular campaign was started last month offered citizens a chance to win a cow if they got vaccinated.

Thai media says Chiang May currently has 560,000 elderly people with health problems. Furtherer, they say that 300, 000 inhabitants have already registered to get vaccinated. They did not stipulate how much of that number was made of foreigners. Expats have been told to go to this site to register for a vaccine.

It was not reported how many others also got a vaccine at the same location. According to 2019 figures, Chiang Mai has a population of about 127,000 people.

Thailand’s mass vaccination program began today with a rocky start. Many people reported that they received a phone call that canceled their vaccine registration. Phuket foreigners without work permits still have only a nebulous idea when they can register for a vaccine. And despite the Health Ministry’s assurance that supply issues won’t affect vaccine rollout, Thailand’s Prime Minister, Prayut Chan-o-cha told Thai media that vaccine demand has outpaced vaccine availability.