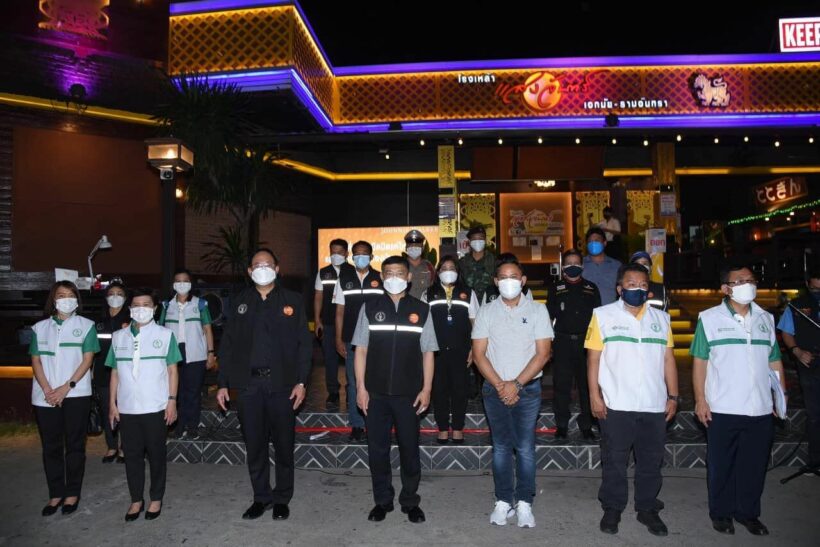 More than 400 bars, nightclubs, and entertainment venues in Bangkok have applied for permission to reopen as restaurants. The venues have been closed since April due to strict disease control measures. The government delayed its plan to allow bars and nightclubs to reopen in mid-January due to the Omicron outbreak in Thailand, but decided to allow the venues to apply for permission to reopen as restaurants.

In Bangkok, and other provinces classified as “blue” zones, alcohol sales at restaurants is allowed, but only until 9pm. A total of 413 places applied for permission to reopen as restaurants and some are still being assessed by officials.

According to Bangkok’s Secretary, the entertainment venues that want to reopen have to follow the “Covid-19 Free Setting” measure and be approved under standards set by the Safety and Health Administration. All staff members must be vaccinated. Customers who are unvaccinated have to show a negative ATK test result before entering. The area also has to be airy and spacious enough for social distancing.

Restaurants serving booze after 9pm can face a fine of up to 7,000 baht for their first offence. Venues that repeatedly breach the cutoff rule will face fines ranging from 12,000 baht to 20,000 baht. Venues that continue to break the measure could be forced to shut down. Bangkok’s secretary ended that most of the businesses are willing to follow the measures and adapt in order to have a chance to open during this time.

Vince
7 hours ago, MrNovax said: People always die, we should be focusing our efforts to allow people to live. Yes, exactly.

Vince
If these measures are just a way to subtly encourage more socially acceptable businesses (or the appearance of one), maybe that's not so bad in either case?