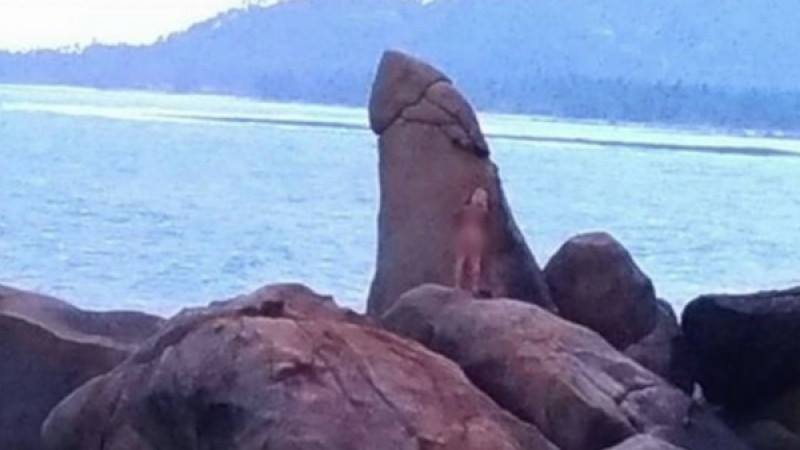 Samui residents are calling on police to locate and arrest a naked foreign tourist who was photographed hugging Hin Ta rock, which is regarded by local residents as a symbol of Koh Samui in Surat Thani.

The photos show the unidentified woman walking around and hugging the rock, which resembles a phallus, to pose for photos. They were posted on the Facebook group of local residents.

The residents called on police to locate and arrest the woman for committing a disrespectful act to the spirit of Hin Ta, which they believe is haunted by the spirit of an old man.

Local vendors said they want police to locate and bring the foreign woman to apologise to the shrine as soon as possible. 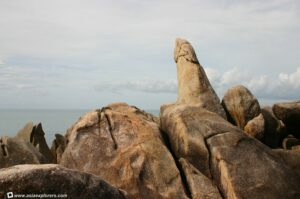