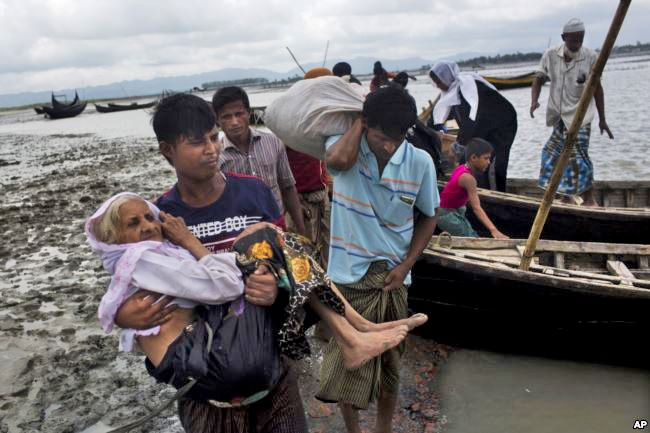 Burmese soldiers have gang raped Rohingya women in continued violence against the Muslim minority in the Rakhine state, according to a Human Rights Watch report.

Human Rights Watch cited firsthand interviews with 52 Rohingya women and girls who fled to Bangladesh and reported being raped by security forces in Myanmar.

More than 600,000 Rohingya Muslims have left Myanmar’s Rakhine State since August 25, after insurgents attacked security forces and prompted a brutal military crackdown that has been described as ethnic cleansing.

The Human Rights Watch report also goes on to mention the burning of villages, slitting throats and other atrocities.

The report appears in direct contradiction with the Myanmar Tatmadaw’s internal report on Monday which exonerated all members of the Army of any wrong-doing despite the many eye-witness reports and stories from international press.

Myanmar’s government has repeatedly rejected claims that atrocities, including rape and extrajudicial killings, are occurring in northern Rakhine, the epicenter of the violence that the United Nations has called “textbook ethnic cleansing.”