On Saturday (May 26) at 9.50pm, 25 year old Watchara ‘Wat’ Plipon surrendered himself at the Phuket City Police Station. He also brought a knife along with him.

On the same day at 5pm, Phuket City Police were notified that a man had been stabbed at a house in Rassada, east of Phuket Town. Police arrived at the scene to find 30 year old Nattapon ‘Max’ Wanit with a stab wound on his belly. He was taken to Mission Hospital where he was later pronounced dead.

Watchara made a post on Facebook about the issue. Mr Nattapon, a relative of the house owner was angry about the publicity. They started arguing when Watchara reportadely drew a knife to stab Nattapon before speeding away on his motorbike. Police immediately started a search for him.

“I took the notice off the wall and handed it to the owner of the house. Nattapon, who was drunk, struck out at my face many times. He followed me and I could see he was going to get some sort of weapon. I used a knife to stab Nattapon just one time.

Watchara has been charged with murder. 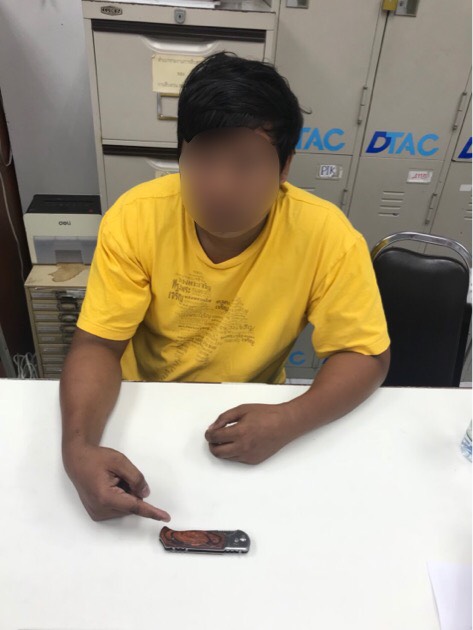