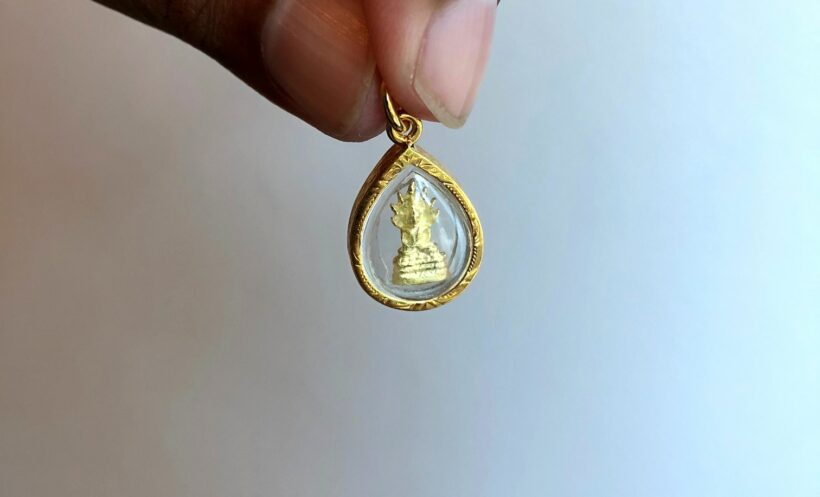 The shenanigans at the Kathu Temple, where Chinese tour buses are arriving daily in their droves to purchase ‘lucky’ and ‘magic’ amulets, continues. This time two Dutch tourists, interested to visit a temple and check out the alleged lucky amulets, were horrified by what they discovered.

The two, who have asked us not to publish their names, visited the temple as independent travellers although most of the visitors are Chinese tour groups – sometimes up to 15 buses at a time – who are taken to the holy place.

Our Dutch tourists observed the telling of stories, in Chinese by Chinese tour guides, explaining the ‘history’ of the amulets and their ‘origin’. They were then guided to a large building in the temple which is basically a huge showroom of amulets and displays.

The tourists are offered amulets for sale, priced between 6,800 and 50,000 baht. They were then given the opportunity to have the amulet blessed by a local monk, who also discreetly asked for a ‘donation’ in exchange for his blessing.

Our Dutch tourists purchased a 6,800 baht amulet, suspicious of the claims that it was ‘gold’ (a claim made by the salesperson). They then took their new purchase, a small gold-coloured medallion, approximately 2 x 1cm in size, to the gold shop at Tesco Lotus at Samkong to have it examined.

Their 6,800 baht ‘gold’ amulet was in fact genuine, 100% plastic. Not only plastic but, they believe, made in China. The lady at the gold shop sold them an almost identical item (which was Made in China), in a plastic bag (pictured) for 450 baht. When our tourists returned to the Kathu Temple with the originally purchased amulet and the copy, along with the appraisal from the gold shop, they were promptly offered a full refund and ‘encouraged’ to leave the temple grounds.

They approached police in Patong over the incident but a Tourist Police representative politely explained to them that it was best not to take the matter any further because it could be seen as offensive towards Thai religious practices.

If Chinese tourists want to pay between 6,800 and 50,000 for magic amulets they are, of course, well entitled to do so. But if the sales people are claiming that some of these items are actually gold, and are in fact not, then simple exploitation suddenly becomes alleged fraud.

The matter has been reported to another member of the Patong Tourist Police for follow up. 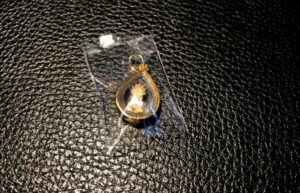 Narathiwat: 40 pipe bombs seized at a checkpoint on busy highway