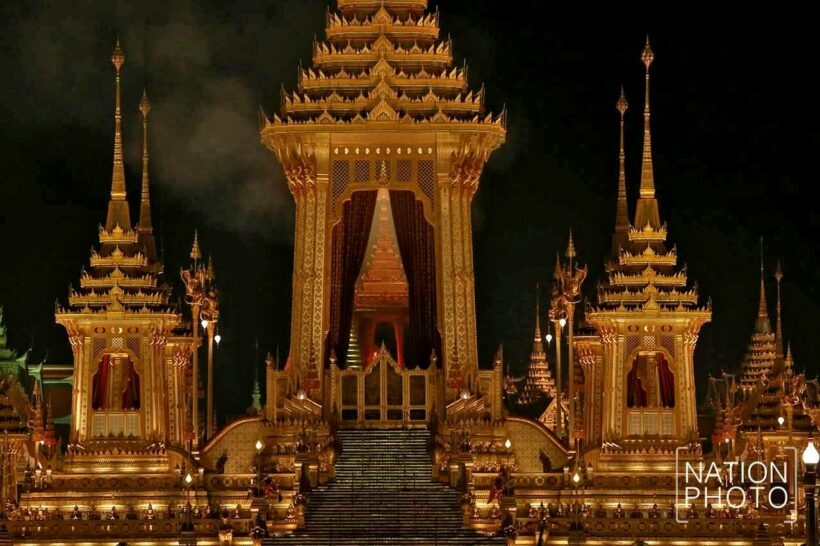 Silence fell over Sanam Luang when the time came for the Royal Cremation of His Majesty the late King Bhumibol Adulyadej on Thursday night.

The respectful silence was only broken as the King’s loyal subjects occupying the area around Sanam Luang ceremonial grounds burst into tears as the beloved monarch finally departed for heaven.

His Majesty King Maha Vajiralongkorn was scheduled to preside over the actual Cremation at 10pm.

At 11 pm, mourners wept and prostrated themselves in the direction of the Royal Crematorium to show their final respects and say farewell for the last time.

Many mourners cried and prayed for the late King at the ceremonial grounds. 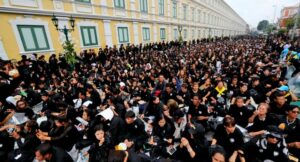 Thongbai Sincharoen, 51, admitted that when she realised the body of the late King was being cremated it was a heartbreaking moment.

Nevertheless, Thongbai said she understood it was the nature of the world that everyone must die one day and every particle of our body will return to mother earth.

After this moment, she concluded, she would finally go home, since she had done her duty as a loyal subject of the King by playing her part in sending him back to heaven.

Many people left the ceremony grounds after the Royal Cremation but many said they would stay to watch the Royal Procession of the collection of the Royal Relics and Royal Ashes on Friday.

It was also reported that every entrance to the ceremony grounds had been opened for the public to enter the area. 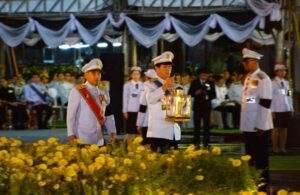 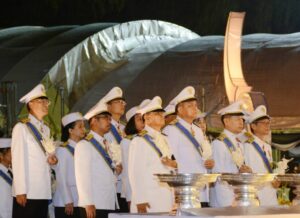 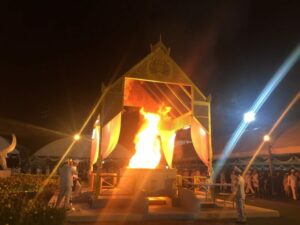 Locally, at Saphin Hin in Phuket authorities have estimated that 50,000 turned up to pay their respects at the replica of the Crematorium building. Some arrived at 4am in the morning to wait in queue. Reports from some people who arrived around 7am who waited until 7.30pm until they had their chance to pay their respects by making offerings of wooden flowers prepared by volunteers in the weeks before.

The collection of the Royal Relics and Ashes, this morning from Sanam Luang