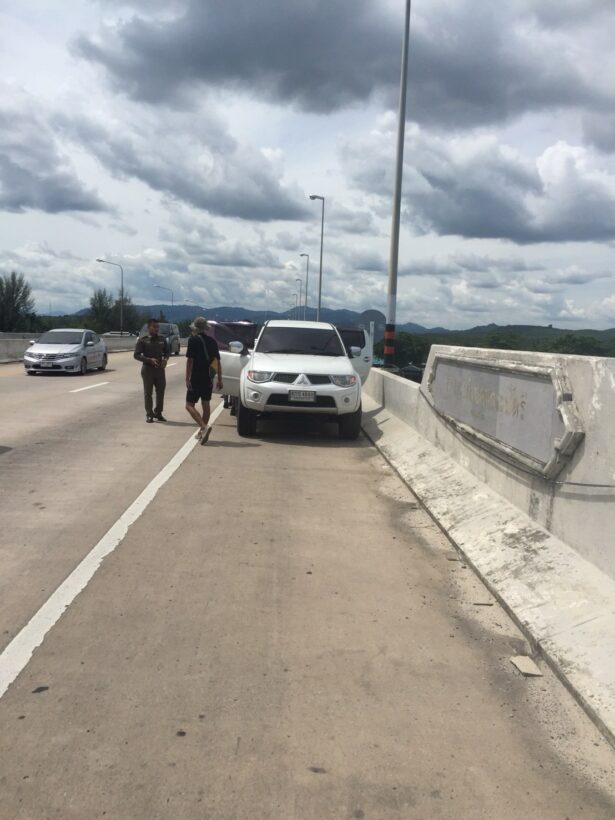 Tha Chatchai Police were notified of a suspected suicide incident in Mai Khao this afternoon (May 27).

Police arrived at the far north of the island to find 47 year old Sutat Jitpromsri had already been brought from water by a passing fishing boat.

A mobile phone charging cable was found loose around his wrists. He was rushed to Thalang Hospital.

Witnesses told police that Mr Sutat parked his pickup truck on Thao Thepkrasattri Bridge, southbound (running adjacent with the Sarasin Bridge). He used the cable to tie his hands and then jumped off the bridge into the sea, all within a minute or so. Witnessed shouted for help. A fishing boat was passing by, recovered the man and brought him back on land.

Police found a white Mitsubishi pickup truck was parked on the bridge with the engine still running. Mr Sutat’s ID card was found inside the pickup truck.

A friend and relative of Mr Sutat told police that Mr Sutat has three children and a wife. He is a contractor. One day before Mr Sutat had mentioned to friends that he had financial problems related to his work. They believed that this might have been a motive in his actions today.

Mr Sutat, despite being saved, hasn’t yet spoken to hospital staff or police at this stage.. 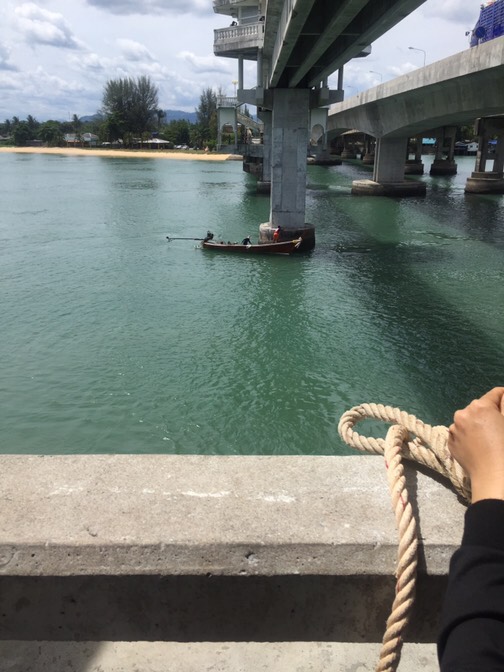 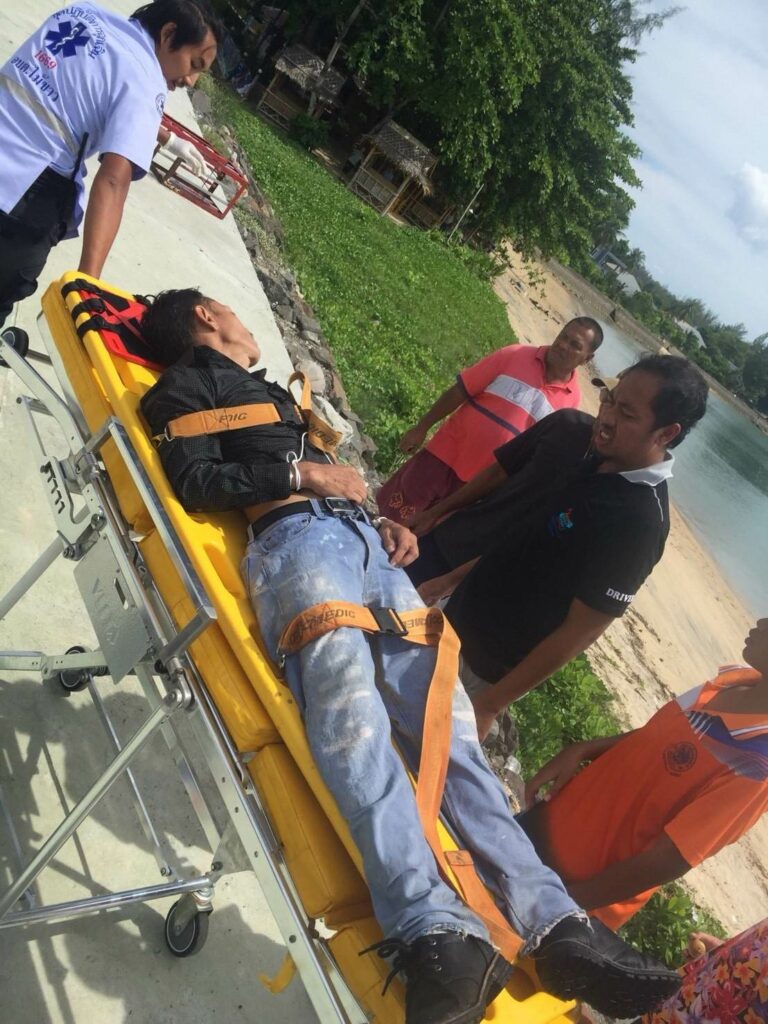