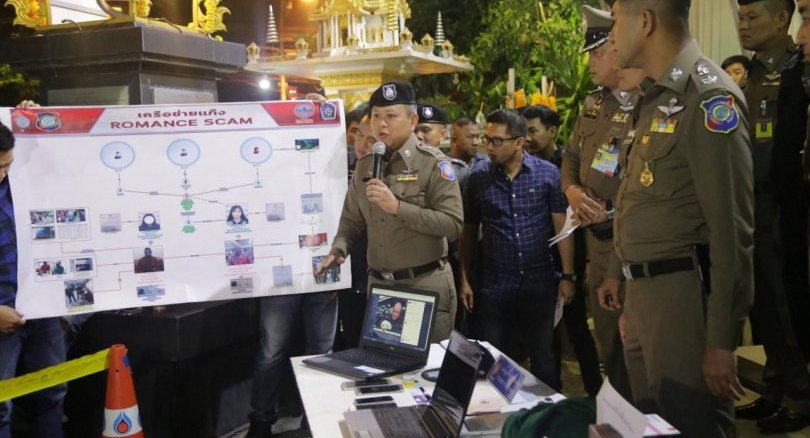 Just in time for Valentine’s Day, police are rounding up members of a gang of foreigners accused of running a “romance scam”.

Court warrants had been issued for both men that same day in connection with a police complaint filed by an unnamed victim in Kamphaeng Phet who claimed to have transferred 1 million baht to the gang.

The victim said she’d been courted on Facebook by a good-looking foreign man who proposed marriage. Then he claimed to have mailed her an expensive gift, but it had been seized at Customs and she needed to send him 1 million baht to cover the excise tax on the item.

Police found that the Facebook account belonged to a Nigerian who’d used another foreign man’s photo as the profile picture in order to dupe Thai women. Eze and Obioroh are accused of withdrawing cash from ATMs for the gang, which Surachet said laundered dirty money through cover businesses in Pratunam district. More victims in Kamphaeng Phet have come forward with similar complaints. Surachet said the Nigerians’ arrest was part of a weekly “Black Eagles” police operation targeting crimes among immigrants. Wednesday’s haul was 16 suspects, including the two Nigerians. 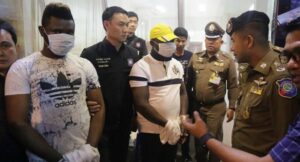