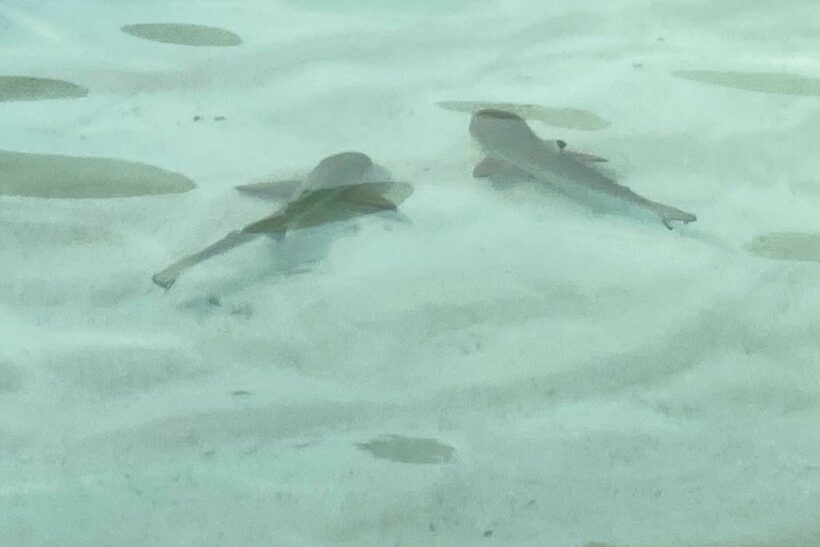 A famous beach in Krabi, featured in Leonardo DiCaprio’s The Beach, is now recovering its wildlife after having been overrun by tourists in the past. The beach, the focus of visiting Maya Bay, closed in 2018, before the Covid-19 pandemic hit, because of how much tourism had damaged the ecosystem.

Now, plant and animal species that disappeared are returning. The bay reopened to visitors a few months ago, however they are not allowed to swim and visiting boats have to stay out of the famous bay, avoiding the anchoring damage which destroyed the coral in the past.

The most notable animal to return to breed in the bay is the blacktip shark. A park ranger told NPR that before the park closed, when there could be over 6,000 tourists a day, no one would ever think of seeing the local sharks. He said now, on a good day, 160 sharks can be seen.

“And when the tide goes down, I can see all the new coral and crabs and shrimp. It makes me very proud.”

Other visitors, both Thai and foreign, were struggling words to describe how beautiful Maya Bay is now. One woman from Germany said it was “the most beautiful place she had ever seen”.

A Thai tourist said the water was so beautiful and clear that she was tempted to swim, but she understood why she couldn’t.

Boats are no longer allowed on the bay, either. Instead, there’s a purpose-built dock on the other side of the island to drop passengers, who then take a short walk through the jungle to the crescent shaped beach.

Pinetree
The Thai will soon enough screw it up again.

DoUKnowWhoIAm
1 minute ago, Pinetree said: The Thai will soon enough screw it up again. That beach sure is a moneymaker😛

Guest1
They just made official, what was the way to get to the beach for the past 4 years: Get off the boat on the other side and walk over. With the pier now they can easily get more people there.