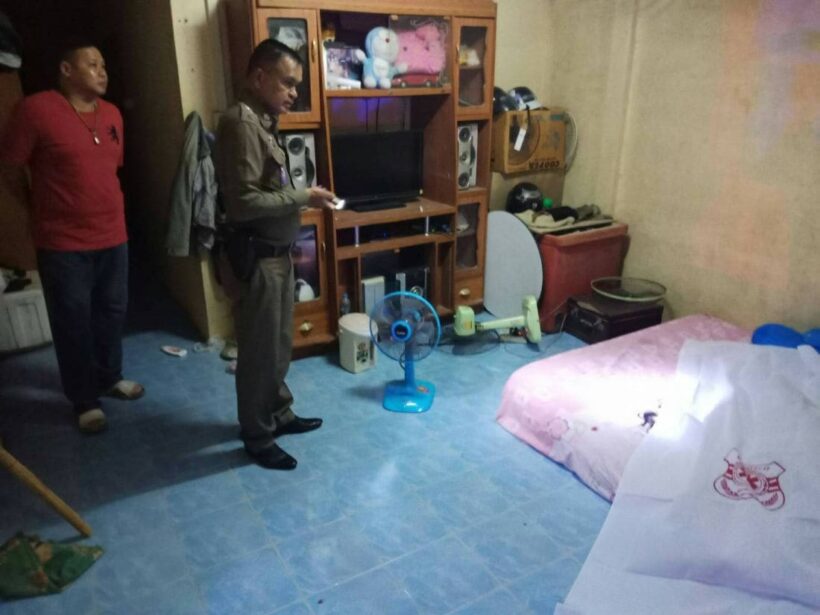 A man, who slashed his wife’s neck, killing her in Krabi this morning (September 11), has been arrested.

Police and rescue workers arrived at the scene just after midnight to find the body of a woman who was later identified as 49 year old Noorin Rueangrat, lying on a bed in the house in Krabi City. Slash wounds were fund on her neck which was almost completely severed from the body.

Items inside the house were scattered around and a long knife covered with blood was found near the body.

A neighbour told police that the suspect, who is Ms Noorin’s husband, is 51 year old Eakkachai Boonguea from Nakhon Si Thammarat. He had been drinking beer before arguing with his wife last night. Neighbours say they believe he was kicking his wife before the murder. Police say he used the long knife to slash her neck before fleeing the scene on a motorbike.

Police tracked down and found Eakkachai in Lam Thap in Krabi this morning. He has admitted his crime to police.