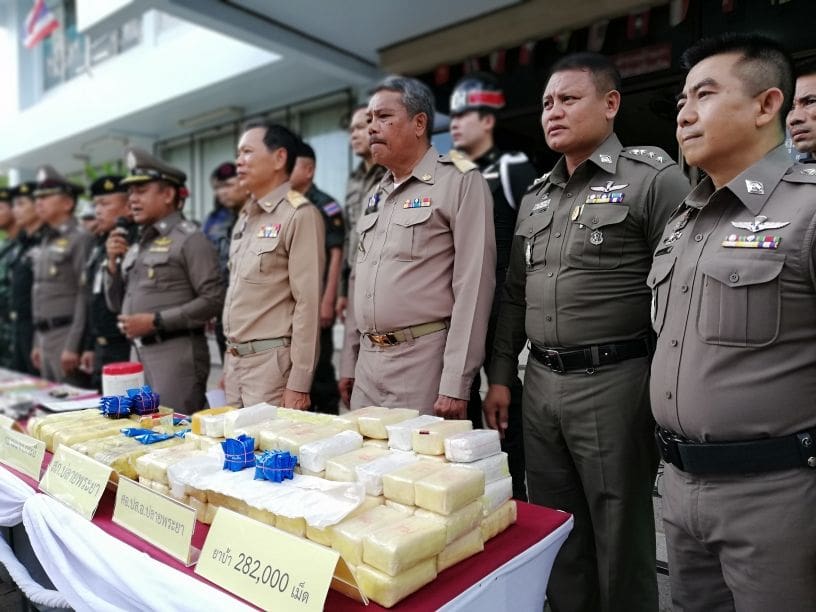 Police seized the 282,000 methamphetamine pill and other items worth around 5 million baht.

Region 8 Police Deputy Commander Maj Gen Nantadet Yoinuan says, “Drugs are paid with cars not money in order to trick officers. They swap the cars for cash. Suspects sell the cars with second hand cars shops and then open other businesses. This is just one of the money laundering tricks.”

13 million methamphetamine pills worth around 500 million baht had been transferred from Myanmar to Chumphon but most of them have already been distributed around local drug networks. Officers only seized the remaining 282,000 pills. 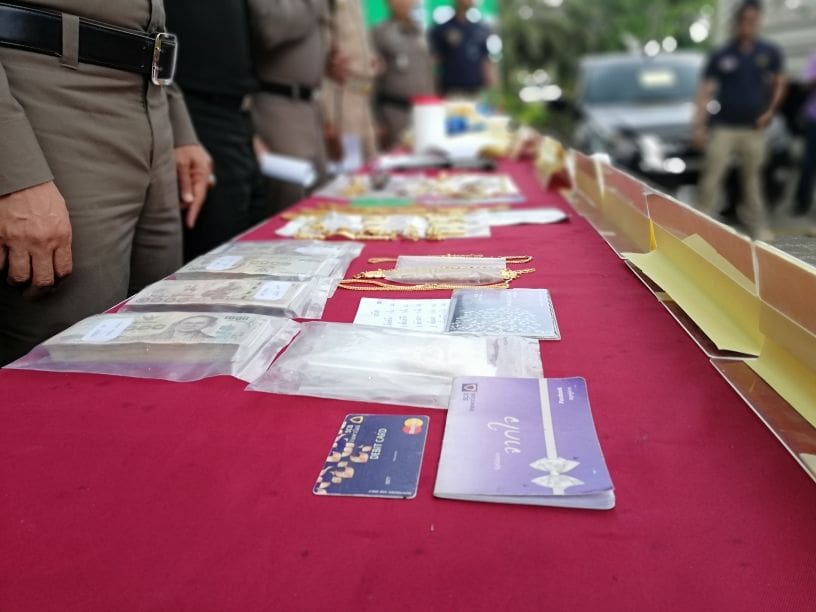 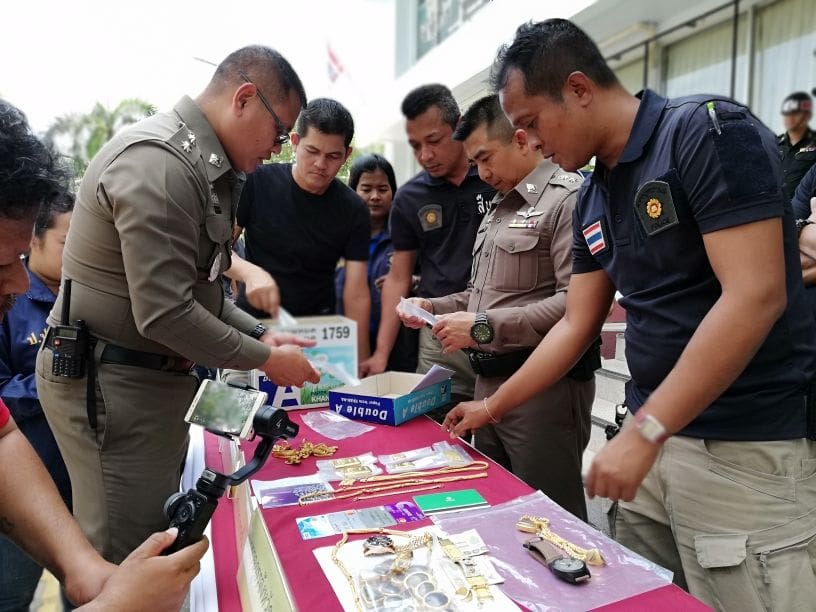