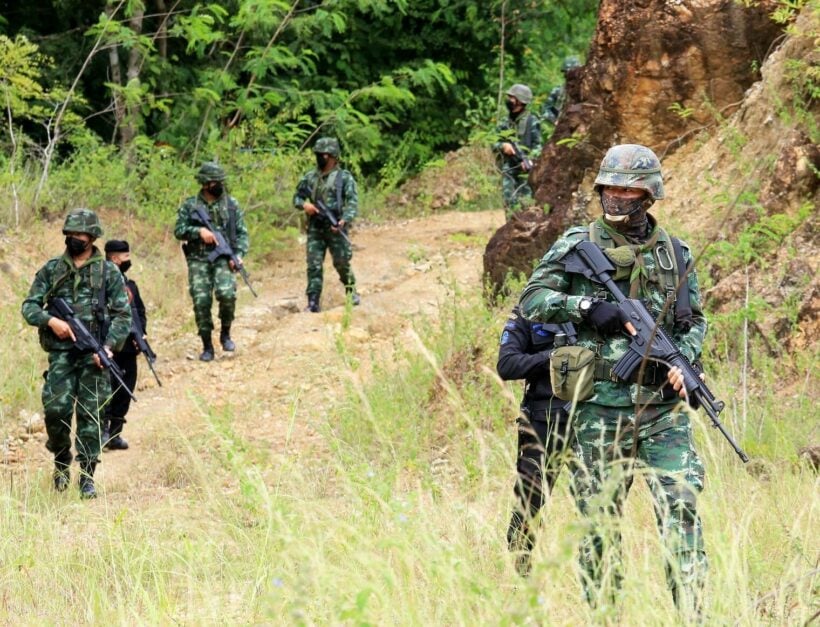 Thai authorities have arrested 57 Burmese nationals for allegedly entering Thailand illegally. The migrants were found in forest the border Kanchanaburi, which borders Myanmar, at around 11pm Saturday. Troops from Ranger Company 1404 and police from Border Patrol Company 136 found the 30 men and 27 women who reportedly sneaked into Sai Yok area through a natural border crossing while they were waiting for transport to pick them up.

Reports say the migrants claimed to have travelled from Myanmar’s Mawlamyine, Yangon, Dawei, and Rakhine states after paying between 18,000 and 25,000 baht to agents for jobs in Bangkok, Kanchanaburi, Pathum Thani, and Samut Sakhon. All were charged with unlawful entry and turned over to Sai Yok police for legal processes before being deported.