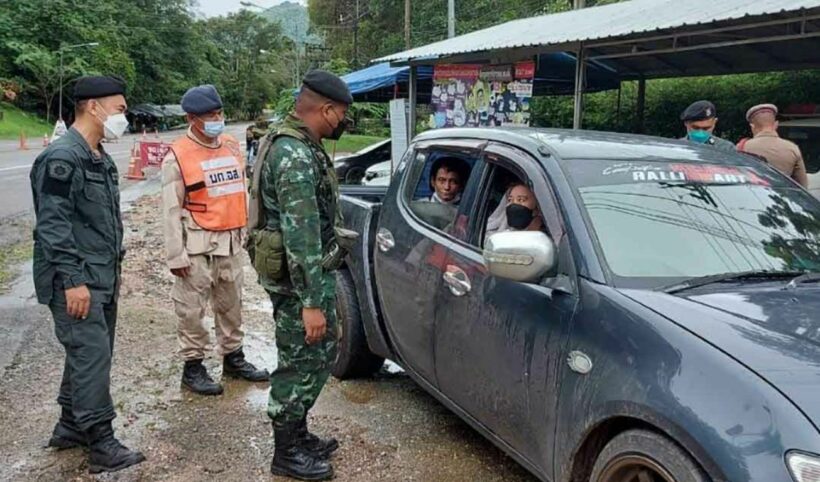 At a checkpoint in Sangkhla Buri district in Kanchanaburi, 2 Thai women were arrested smuggling 7 Burmese migrants and a child, apparently attempting to transport them back to Myanmar. The stop took place at around 7 am this morning and the women were arrested in violation of provincial communicable disease committee orders to prevent the spread of Covid-19.

According to the Thai women transporting the migrants, the plan was to drive them from Kanchanaburi town to Moo 9 in tambon Nong Lu, the Burmese border checkpoint at Three Pagodas. Once they crossed the border into Myanmar, the group of migrants would travel to Moulmein, their home province.

Currently in Kanchanaburi, the movement of migrants has been banned in the provinces to protect against the spread of Covid-19. Sangkhla Buri district recently experienced a lockdown as Covid-19 spread between the border town and Burmese border towns.

The group of migrants as well as the 2 Thai women doing the transporting were all brought to the Sangkhla Buri Police Station to face legal charges for the violation of the Communicable Disease Act.

Graham
Why is there never a publication of the company or person these people are trafficked in to work for ?