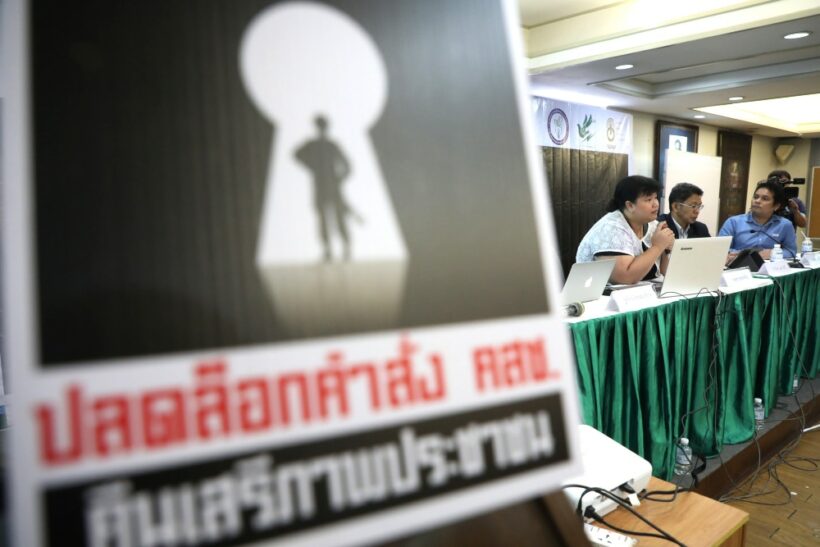 The Thai Journalists Association (TJA) is calling on the ruling NCPO to revoke at least three of their absolute orders which have hindered freedom of the press and people’s liberties for almost four years since it came to power.

The TJA demand came as it commemorated World Press Freedom Day, which is celebrated worldwide on May 3, to reiterate the cause of press freedom and protection of journalists.

According to the Committee to Protect Journalists, 46 journalists were killed while on duty last year.

This year, 10 journalists in North and South America, 22 in Asia and one in Europe have been killed when reporting in a danger zone or were killed by influential figures, according to the International News Safety Institute.

Thailand saw an improvement in its ranking on the press freedom index, from 142 last year to 140 this year, according to Reporters without Borders’ 2018 World Press Freedom Index.

Despite the positive signs, however, the ruling junta continues to impose laws and regulations that obstruct freedom of press and expression according to the TJA. There is also an attempt by the junta-appointed bodies to pass a law that would allow state authority in regulating the media, many experts said.

“The NCPO-backed government needs to be vigilant while issuing laws that curb freedom of press and people,” said TJA president Pramed Lekpetch.

“They should also revoke the NCPO orders that limit such freedoms so that the media can operate in line with their constitutional role ahead of the election as per the road map,” he said.

While Thailand has been ruled under the 2017 Constitution since last April, the NCPO maintains absolute control, with the power to issue decrees and orders that can overrule any law, and even the Constitution. While at least four articles in the Constitution endorse freedom of press and expression, the authorities have still prosecuted or suspended media workers, many of whom had criticised the alleged irregularities of the junta.

Poonsuk Poonsukcharoen, a lawyer from Thai Lawyers for Human Rights, said that such use of absolute power strangles the rule of law not only during the NCPO reign but would also tend to create long-term effects, including those against press freedom.

“Controls may loosen when the next elected government takes the reins, but many mechanisms designed by the current ruling government would have a long-term impact, such as the so-called national strategy that will last for at least another 20 years,” Poonsuk said.

He was referring to the law that obligates future governments to follow the strategy failing which they would be punished. The NCPO had also put “prisoners of conscience” before the military court where they had limited ability to appeal or fight the case. They also brought civilians and even journalists to military camp for the so-called “attitude adjustment” sessions, she said.

The military-dominated National Broadcasting and Telecommunication Commission, during the junta rule, has punished the broadcast media 52 times so far, mostly targeting media belonging to political opponents of the ruling junta, she added.

Thitirat Thipsamritkul, a law lecturer from Thammasat University, said that efficient laws on digital and online security should focus on structural protection rather than disseminated content.

“If the law focuses on security in terms of content, it can be used with a different intention,” Thitirat said.

“This has happened with the previous computer crime bill, which was widely used for defamation cases instead of cybercrimes as originally intended.”

She viewed that such a law should be designed to facilitate press freedom by ensuring a security structure, such as privacy protection, rather than suppressing them. 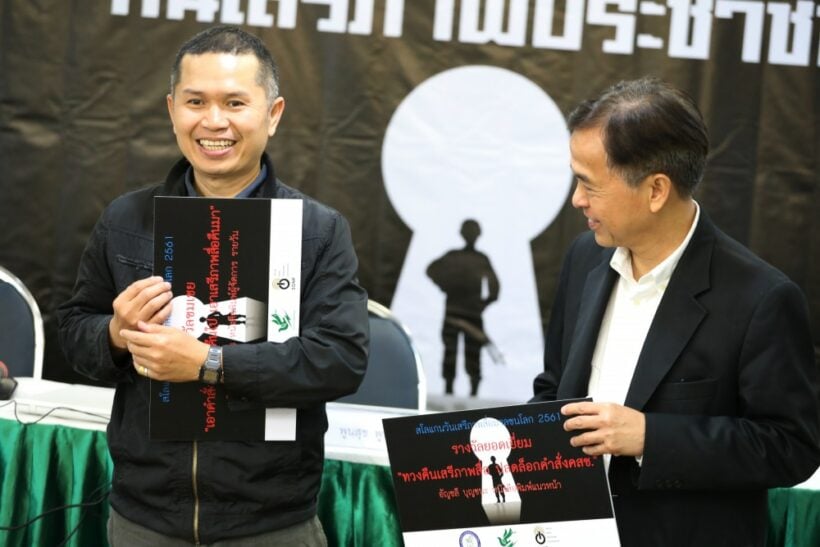 Only one Patong bar staff failed the ‘purple pee test’