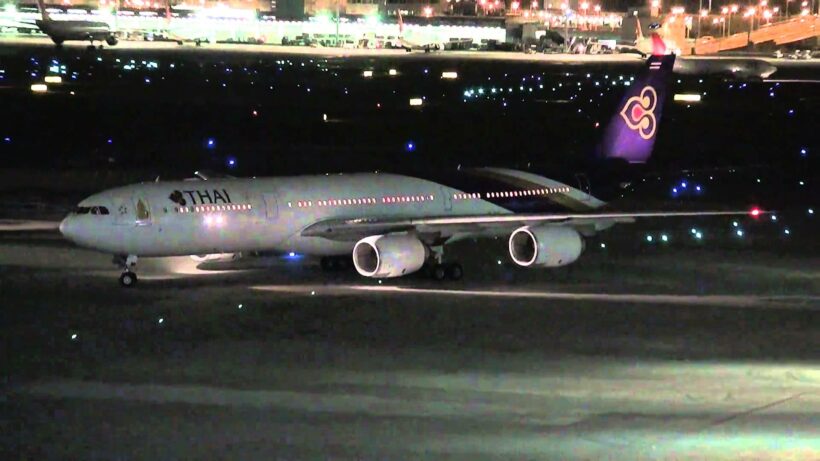 Police are investigating a claim from Japanese woman that 3 million yen (874,000 baht) and a camera were stolen from her bag aboard a Thai Airways flight from Tokyo.

The woman, whose name has been withheld, filed a complaint with the Suvarnabhumi Airport police shortly after her flight landed at 5pm yesterday (Monday).

The woman, who speaks Thai as she used to live in the kingdom, told police that the Japanese banknotes and her camera were inside her small travel bag. She said she noticed they were missing when the bag passed through the arrival luggage conveyor system at the airport.

She says she planned to carry the bag on board but flight attendants in Tokyo told her to load it into the plane’s luggage storage area because there were many passengers and there might be no space for her bag in the cabin.

Kittipong Kittikhachorn, deputy director of the Suvarnabhumi Airport said on Monday that an investigation was taking place but, so far, no irregularities had been detected.

Kittipong said police have collected fingerprints and DNA samples from the bag and compared them with bag handling staff who worked on the shift when the flight landed. Police also checked the rooms of the workers but nothing was found.

He says officials also checked footage of security cameras and there was no evidence of a worker opening the bag. The footage showed that the seal put on the bag at the Tokyo airport was unbroken.

He said authorities at Haneda airport also checked security camera footage and found no irregularities. Pol Col Wiroj Tadso, commander of the Suvarnabhumi police station, said all the checks had been made in line with the standards of an international airport and no irregularities had been detected.

Wiroj said it would take some time to check fingerprints and DNA samples collected from the woman’s bag.