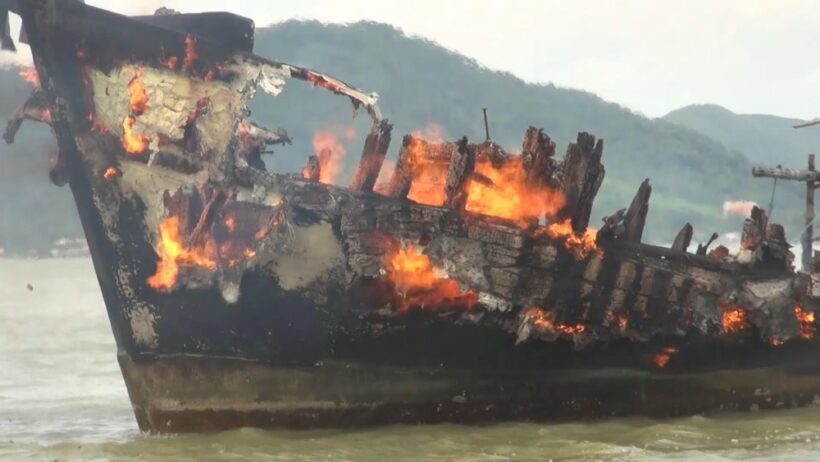 A fire broke out early on Wednesday, damaging six of seven impounded Vietnamese fishing trawlers and sinking the seventh.

The fishing trawlers were moored two kilometres offshore at Songkhla.

Witnesses say the blaze started at about 2am but there were no fire-rescue boats available to go to the spot. As the fire engulfed the trawlers, the ropes that bound them together broke and the boats were scattered by the current.

One floated to the Ban Laem Kwan in Songkhla province, prompting officials to call in three fire trucks to extinguish the blaze on the boat. Muang Songkhla Police Station’s superintendent Pol Colonel Alongkorn Seemawut said it was very likely that the fire started because of a burning cigarette butt from someone who went fishing near the spot.

“I’ve heard that several people often go there fishing at night,” he said. 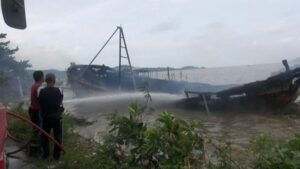 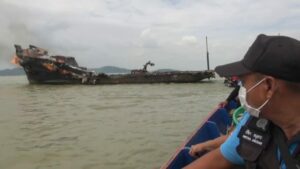 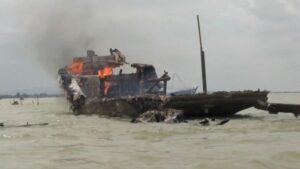 THURSDAY MORNING NEWS BRIEFS – All your local news in 3 minutes