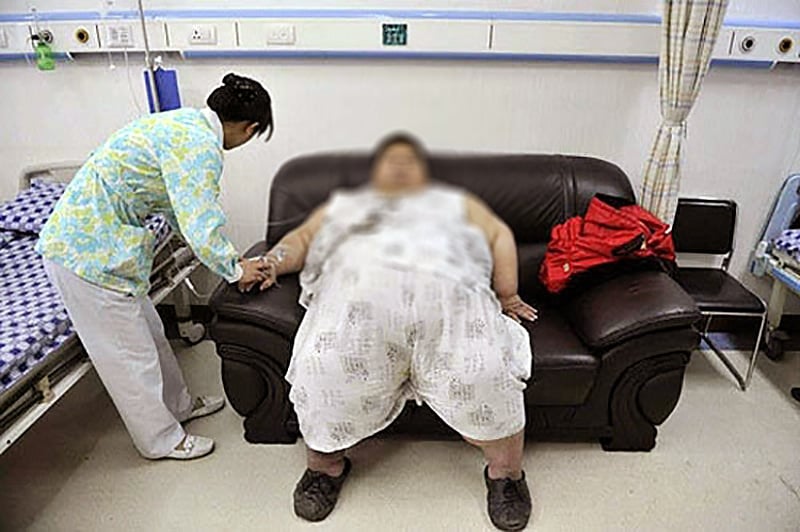 A Prachuap Khiri Khan woman who cannot walk after gaining about 200 kilograms of weight asked for help to lose weight on Monday.

59 year old Urai Noowan, a resident of Tambon Pak Praekk in Prachuap Khiri Khan’s Bang Saphan Noi district, said she could not afford going to a hospital for treatment of her obesity.

She lives with her husband, 52 year old Kamol Somjit, and her grandson, 11 year old Nattapong Somjit.

Her weight prevents her from walking and so she exercises by moving around in a sitting position. She requires the support of her husband to take a shower or use the toilet.

Kamol said his wife developed obesity about 10 years ago and he has had to take care of her. As a result, he said he is unable to go to work and is now living on a 600 baht allowance for the elderly.

He said he has not heard from his son for the two years since he left the grandson in his care.

Drug conflicts likely motive behind murder of five in Yala