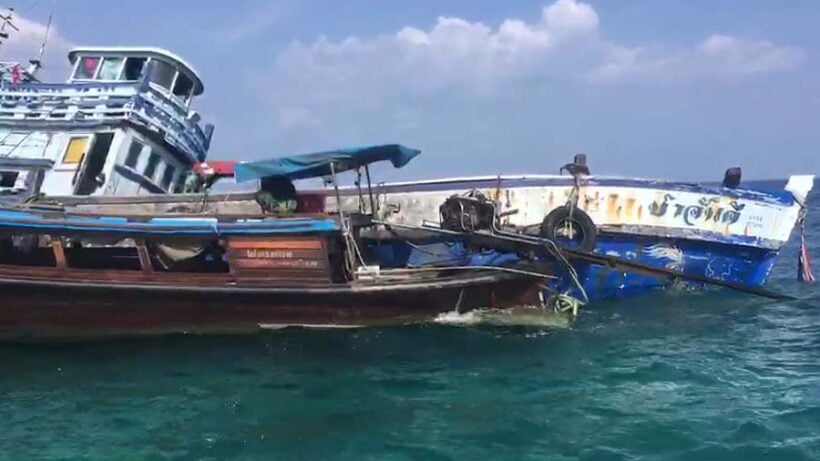 The owner of a sinking garbage boat near Koh Phi Phi in Krabi has been told by harbour officials today (Monday) to fix it as quickly as possible amid fears it would pollute the water.

The boat, Chachandee, which measures 23 x 4 metres, slipped off its anchor at a bay in front of Koh Phi Phi in Tambon Ao Nang, Muang district on Sunday and was carried by the tide to rocks, which cracked its hull, causing the water to pour in.

The owner told officials his workers had been draining water from the boat and attempting to patch up the hole since Sunday evening.

Surasak Mongkolchaisit, a harbour official in Krabi, said the man was instructed to speed up the repair job speedily amid fears that if the boat sank, its oil would severely damage the corals in the area.