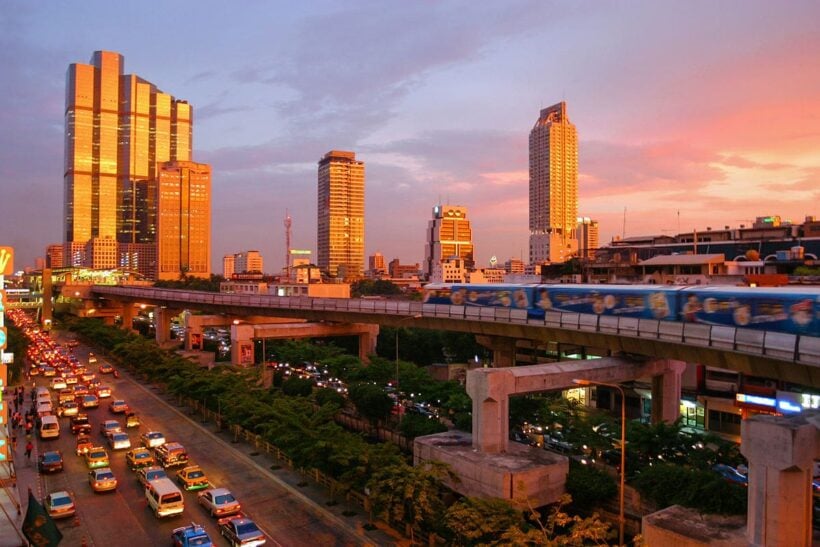 As the Thai PM readies for the Europe trip from June 25, ministers are assuring diplomats of project and political continuity after next February’s proposed poll.

In what is seen as a economic showcase, before the PM’s high-profile trip to Europe later this month, the government says it is accelerating six key investment projects worth 600 billion baht in the Eastern Economic Corridor (EEC).

Despite upcoming political changes after the next election, key ministers told diplomats from 56 countries that they expected the next cabinet to continue the projects.

“There are about six to eight projects for which bidding would be held by the end of this year,” Kobsak Pootrakool, minister attached to the Prime Minister’s Office, told the diplomats during a briefing session at the Foreign Ministry.

Thai ministers and senior officials briefed the envoys about the progress of investment projects in the EEC after the legislation came into effect last month. 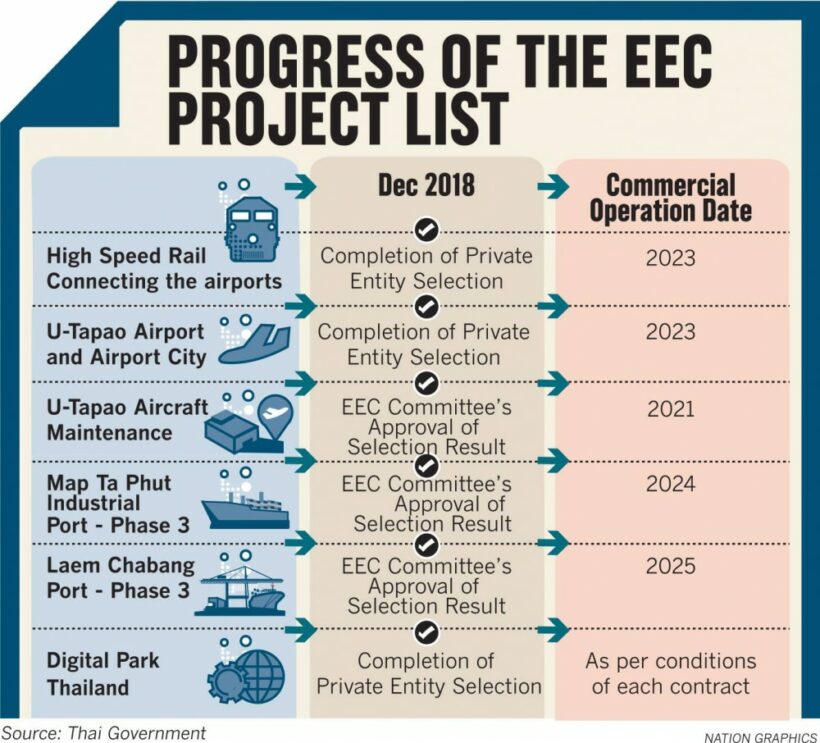 The government is expected to submit the names of the bid winners for Cabinet approval in December or January next year, paving the way for construction work to begin, Kobsak said.

“I have talked with Pheu Thai and Democrat parties and they all agree to continue the EEC. Moreover, investors are also interested in it,” he said of the two major parties who are the frontrunners to form the next government.

They will be financed by public-private partnership (PPP). The EEC legislation would ensure the projects get off the ground within only eight months instead of 40 months that was previously stated, he added. Senior officials from relevant agencies also shared details of eight infrastructure projects, most of which are at the feasibility study stage.

Kanit Sangsuphan, secretary-general of the EEC Office, said that key projects could be accelerated as the government had done a lot of preparatory work in the past two years.

“We have succeeded in launching the first international bids for the high-speed rail,” he said, referring to completing the terms of reference (TOR) a few days ago. It has cleared the path for other projects, he said. To draw more investors, the prime minister would lead a road show in the IK and France later this month, Industry Minister Utama Savanayana said.

Prayut is scheduled to make a high-profile visit to the two countries from June 20-25 after the European Union softened its stance on Thailand’s military-backed government, with the resumption of political contacts at all levels.

Economic tzar Somkid Jatusripitak will accompany the PM on the trip to woo potential investors for the EEC and for the maintenance, repairs and overhaul hub at U-tapao.

Thai Airways International and Airbus are expected to ink an agreement when Prayut’s delegation is in France. Utama projected investments in the EEC over the next five years would reach $43 billion (1.3 trillion baht).

The EEC is not an isolated project but an integral part of Thailand 4.0, which is aimed at driving innovation, he said. The government has given generous incentives to investors who invest in the EEC zone, which covers Chon Buri, Rayong and Chachoengsao provinces. Duajai Asawachintachit, secretary-general of the Board of Investment (BOI), said investors have to invest in designated areas in order to get top-up incentives. They also have to invest in selected industries or so-called S-curve industries such as next-generation automotives, smart electronics, robotics and the digital economy.

Eligible investors could rent land for up to 99 years, or enter into a 50-year contract renewable for another 49 years. Foreign ownership will be as per Thai law and depend on the type of business. If the company needs to own land, it must have local partners who hold a majority stake – 51 per cent and up.

In some cases, foreign ownership could be 75 per cent or 100 per cent, according to Kobsak. Investors from Japan, Europe, the United States, South Korea and China have shown greater interest in investment opportunities in the EEC. During the first quarter of this year, applications worth more than Bt200 billion were received for BOI incentives of which 80 per cent were for the EEC, added Duajai.