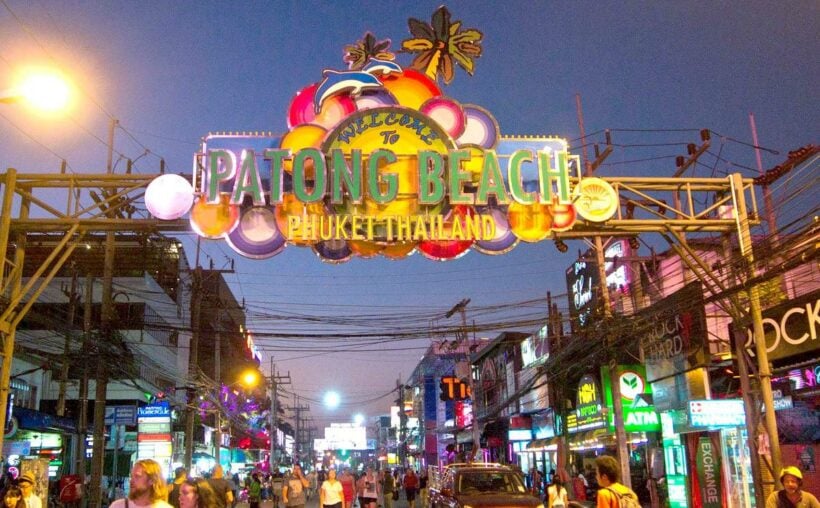 Patong entertainment businesses have filed formal requests to close their venues at 4 am, convinced that this is the solution to end bribery in Patong.

The association members led by the president, Weerawit Kruasombat, filed a letter to Kathu District Chief, Somprat Prabsongkram today (November 27) for the attention of Phuket Governor, the Interior Minister and Prime Minister as well as Commissionner-General of Royal Thai Police to call for a consideration on the extension of closing time of the entertainment avenues in Patong.

The group also followed up about the extension of entertainment avenues zoning which they say needs more public hearings.

“Patong is different from other tourism destinations. This is why we would like them to consider about the extension of closing times to increase overall benefits and bring more income to the nation. This will also work towards reducing the bribe issues,” said Weerawit.

“Extending the closing time from 1 am to 4 am will surely reduce bribery at least 70%. The remaining 30% may come from other illegal action such as illegal migrant labour but the bribe for closing time would be surely gone.”

“As I have said many times, transferring police officers is not the solution to bribery. Others officers will simply start the bribe cycle again. As for the extension of entertainment zones in Patong, we are suggesting to extend from Bangla road to Soi Saen Sabai all the way to Banzaan Intersection – about 160 meters. Soi Tan and Soi OTOP along the way have already had bars and other entertainment avenues available.”

He also mentioned that there are at least 400 entertainment venues inside and outside the zoning area but there are only 190 of them registered with Kathu District Office. He claims that, together, they make at least 25 million Baht of revenue per night.

“It is high season now and there are a lot of tourists coming to Patong. If the entertainment businesses have to close at 1 am, it will create a great loss in business,” he added.

Meanwhile, Kathu District Chief said that he will pass the letter to the Governor to send to Interior Minister, Prime Minister and all departments involved. He believes that the officials see the importance of Patong as a world tourism destination that generates a huge amount of income every year.

“For the zoning, it is a matter of the Interior Ministry implementing policy for the entire nation. There are only 9 provinces pending, including Phuket, as there was a complaint from some people in Patong about the last public hearing. The new public hearing was held on November 22 and the new zoning area has been specified and will be filed to the Ministry of Interior,” said Kathu District Chief.